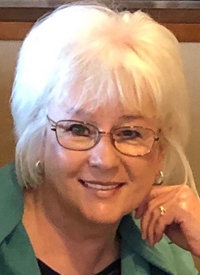 Karon Gaye Keahey, 68, of Sheridan, passed away on Tuesday, April 27, 2021, peacefully at home with her husband by her side.

Karon was born on Oct. 11, 1952, to William and Estelle (Dalke) Burnett, in Powell. She grew up in Powell and later moved to Sheridan, Wyoming. She married Bruce Keahey on Aug. 6, 1977. She worked various jobs in the community, most recently as a secretary at St. Peter’s Episcopal Church. She loved working for the church, helping with the Meals on Wheels and the Red Door.

Her faith was very important to her and an integral part of her life. She was a caring and giving person, beloved mother, wife and friend.

Funeral services for Karon were held on April 30, 2021, at Bethesda Worship Center, with Pastor Scott Lee and Pastor Dan Hawker officiating. A private interment was held at the Crown Hill Cemetery in Powell, with Pastor Rick Lee officiating.

Memorials to honor Karon may be made to the Red Door, St. Peter’s Episcopal Church, 1 S. Tschirgi, Sheridan, WY 82801.

Online condolences can be made to www.sheridanfuneral.com. Arrangements were under the care of Sheridan Funeral Home.