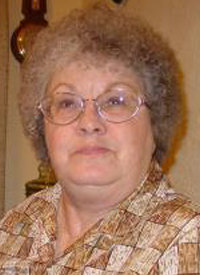 Karene Wagner, 86, passed away the afternoon of May 3, 2022, at the New Horizons Care Center in Lovell, Wyoming. She was born Oct. 1, 1935, the second daughter of four girls, to Don and Elaine Christensen on the family farm in Frannie, Wyoming.

She graduated from Deaver High School in 1953, and then went on to college at Eastern Montana College, receiving a degree in education. She taught school for a brief time in Fromberg, Montana, before she married John Richard Wagner on June 2, 1956, in Billings, Montana.

They started their lives in Billings where their first daughter, Melody, and sons, Daren and Rob, were born.

When they felt the call to return home, they moved back to Deaver, Wyoming. They then welcomed their daughter, Diki, to the family. Karene worked at the Trailways Cafe with her mother-in-law for several years, and eventually managed it. Many Thanksgivings were spent at the cafe serving meals to the regulars. After Karene’s children were grown, she worked as a librarian at the Lovell Library for several years before she retired.

Karene was a very social person and actively involved in the Frannie-Deaver community. She played the piano and organ for the Deaver Methodist Church services, weddings and funerals. She also enjoyed accompanying her grandchildren on the piano for their various music performances.

Karene had many hobbies including sewing, playing cards, gardening, shopping and most of all, making music. She loved music and enjoyed singing and playing piano with her family. If she wasn’t playing music herself, she was attending musical performances and plays.

Karene was preceded in death by her husband Dick, daughter Melody, and sisters Jerry Underwood and Donna White.