JV boys off to strong start

A young junior varsity Panther boys’ basketball team that only features four juniors has risen to the challenge early in the season. They feature a 4-1 record heading into the Big Horn Basin …

JV boys off to strong start 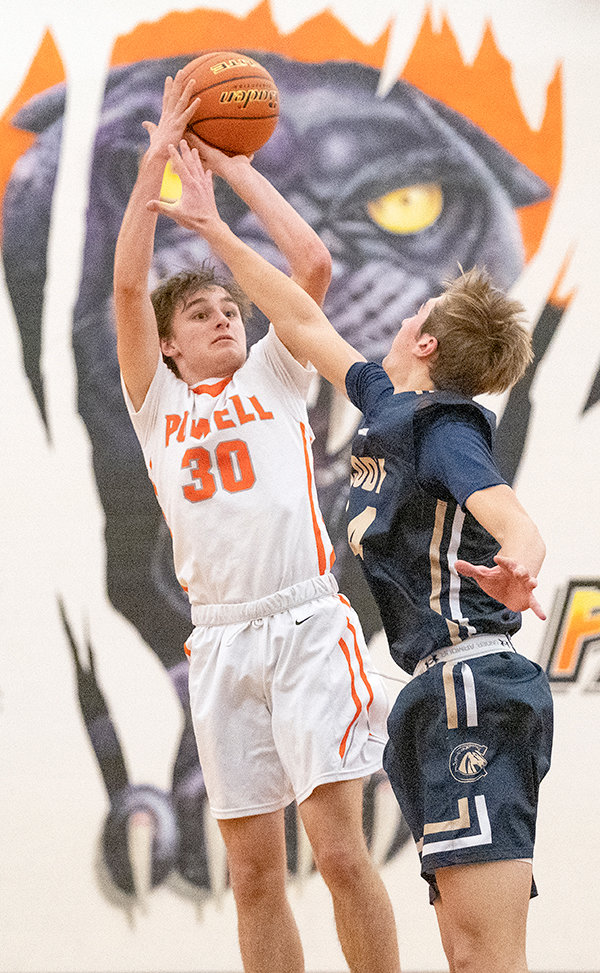 PHS sophomore Marshall Lewis puts up a shot against Cody during a matchup on Jan. 6. Lewis and the Panther JV team are off to a hot start, beginning the season 4-1.
Tribune photo by Seth Romsa
Posted Thursday, January 13, 2022 8:20 am
By Seth Romsa

A young junior varsity Panther boys’ basketball team that only features four juniors has risen to the challenge early in the season. They feature a 4-1 record heading into the Big Horn Basin Classic in Thermopolis this weekend.

Last Saturday, the Powell High School JV hoopsters took on Rocky Mountain at home and beat the visitors 70-43 to record their fourth win of the season. Sophomore Marshall Lewis led the team in scoring with 14 points, but 10 Panthers contributed in the victory.

“We played pretty good against Rocky,” PHS JV coach Waleryan Wisniewski said. “It is a talented group of kids, they work hard, they are coachable and I could not be more pleased with what I have.”

Wisniewski said he was happy with the effort his players gave, and they showed real growth coming off their first loss against Cody a few days earlier.

Powell came out of the nearly one-month long competitive break flat against the Broncs, dropping the Jan. 6 home contest 66-35. Lewis again led the way for the Panthers with nine points.

The JV season started a little over a month ago in Buffalo, where the Panthers went 3-0.

“I have never gone 3-0 at that tournament in all my years of coaching,” Wisniewski said.

Early in the season, Wisniewski said there has been a lot of difficulty figuring out how to mesh the players, as half of the 16 athletes are sophomores and the other half is split evenly between freshmen and juniors.

“It is an interesting team because anybody can score and go for double digits,” Wisniewski said.

The Panther JV is fast and features a lot of aggressive players who can score the ball. Given the flexibility of the team, Wisniewski hopes some of the players will better learn their roles — whether it be as a facilitator or ball handler for the team.

“This team is hungry to learn and ready to improve every week,” Wisniewski said.

The junior varsity boys will be on the road Friday, taking on Wind River at 1:30 p.m. and Burlington at 4:30 p.m. at Thermopolis Middle School in the Big Horn Basin Classic. Their game on Saturday will be determined by their record on Friday.