Johnson had previously won the local competition hosted by Hughes-Pittinger … 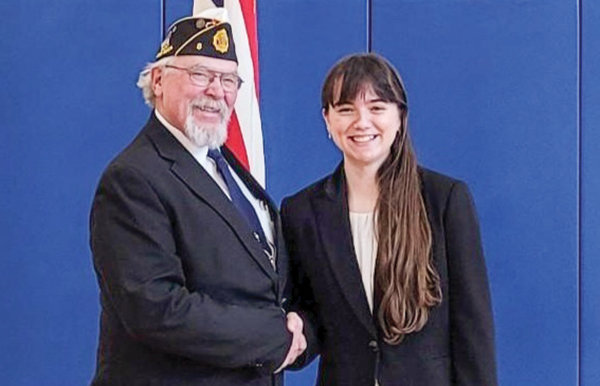 Johnson had previously won the local competition hosted by Hughes-Pittinger Post 26 in December and the District 4 competition in Worland in February. Her victory marked the third year in a row that a Powell student has won the state competition; Jay Swaney of Powell won in both 2020 and 2021.

Johnson, who’s also a member of the speech and debate team at PHS, notes that the oratory event in high school differs from the American Legion’s oratorical competition.

Competitors must also give a three- to five-minute speech on a Constitutional amendment chosen at the event.

Johnson first heard about the competition last year from her speech and debate coach Nicole Maier-Reitz, but said the prospect of competing was “a little nerve racking as a freshman.”

According to Johnson, it can be stressful to wait for the legion competition to end. You are not able to watch your competitors and must wait in a room after you finish your recitation.

Johnson expressed gratitude for everyone who has helped her be so successful in this string of competitions.

At nationals, Johnson thinks she has an opportunity for a strong finish.

“I think I have a pretty good chance of at least making it to the semi-finals,” she said.