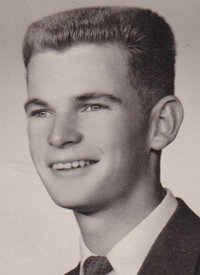 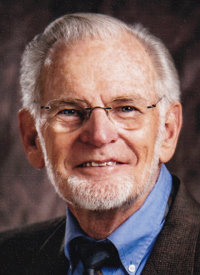 He taught at NWC for 34 years.  Prior to joining NWC, he taught at Glasgow High School in Montana (four years) and Eastern Wyoming College in Torrington (four years).

John was a good man, a loving husband, and wonderful father. He endlessly inspired his students, colleagues, and friends with his generosity of spirit. His hallmark quiet strength and dry sense of humor will be missed.

John was born on Dec. 4, 1937, in Dickinson, North Dakota, the son of Iona and Joseph Enger. He graduated from Dickinson High School in 1955. In 1959, he completed a Bachelor of Science degree in physics and mathematics at Concordia College (Moorhead, Minnesota). He earned a Master of Science degree in education at Temple University in Philadelphia, Pennsylvania, in 1962. He attended summer sessions to study engineering (Bucknell University, Lewisburg, Pennsylvania, and Bradley University, Peoria, Illinois); computers (University of North Dakota, Grand Forks, North Dakota); and physics (University of Wyoming, Laramie, Wyoming).

John relished teaching and shared this joy by promoting physics education. The community knows him as Egghead Enger, the master of ceremonies of the Northwest College Science Circus. He created the circus to amaze and educate children of all ages. He shared his creative and engaging teaching techniques in over 30 “Idea Sharing Sessions” for public school teachers in Wyoming, and edited its “Northwest Science News” publication.

John was passionate about “physics for all.” He was an active member of the American Association of Physics Teachers (AAPT). He worked with the AAPT steering committee for the National Science Foundation-funded TYC-21, a project to attract and improve retention of physics students at two-year colleges, from its inception in 1993 to its completion in 1996. He co-chaired the 1996 AAPT National meeting in Denver, and worked directly with junior college physics faculty in 10 western states to promote successful teaching of physics in two-year colleges.

In 1993, he received the Outstanding Faculty Member award from the Wyoming Association of Community College Trustees. He was honored by his NWC colleagues with the 1997-98 Distinguished Service and Leadership Award.

On June 17, 1962, John married Joan Jonas, also a graduate of Concordia College, in Menahga, Minnesota. The couple had three daughters and lived in “the house that John built” in 1972 outside of Powell. The family enjoyed helping John care for the cattle he raised and spent many hours camping, traveling, ice skating, and sledding. Together, the couple enjoyed square dancing.

John served as state president of the Wyoming Outdoor Council in 1976, and later served 16 years on the Shoshone Water Board.

In 1987, John and Joan attended a Lutheran Via de Cristo retreat weekend in Orange Park, Florida. This led to years of involvement in similar weekends in Billings, Montana, and Powell. John was the director of the second Walk to Emmaus in Powell. He was a faithful member of Hope Lutheran and Faith Community churches in Powell. His faith in Jesus Christ guided his life.

John was preceded in death by his parents, his sister Karen Soderberg, and two brothers-in-law, Allen Jonas and Abner Jonas.

Visitation will take place on Friday, Oct. 29, from 6-8 p.m., at Thompson Funeral Home, 111 East Third  Street, in Powell. The funeral will be on Saturday, Oct. 30, at 10 a.m., in the NWC Yellowstone Building, 331 East Seventh Street, in Powell. Masks will be provided but are optional.

Condolences may be mailed to Thompson Funeral Home.