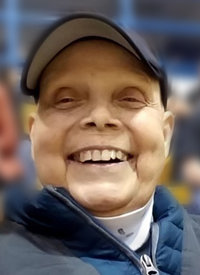 Joan was born in Powell on June 4, 1952, to Harold and Mina Christensen. Joan attended school in Powell and Northwest College.

After college Joan went to work at Y-Tex Corporation. She worked there 45-plus years as an accountant, before being forced to retire because of medical issues.

Joan married Larry Quick on March 14, 1975. They adopted Jason in 1979 and Jennifer in 1982. Together they built a home and a construction business.

Joan enjoyed the country life even though she had bad allergies at harvest season. She would take pills and jump in to help.

Joan learned to ride horses and would go hunting with family and friends. She loved the mountain trails but didn’t like lightning storms.

When Joan got cancer, she started a fight that lasted over 20 years. In 1997 she traveled to Billings every day for radiation treatment, and when the cancer facility was built in Cody, she was able to do her treatment there for many more years.

After several years of treatments, she got an infection in her arm which landed her in Denver hospital. After returning from Denver, she was to finally slow down. Since then, Joan continued treatments and appointments at the hospital several times a week, which continued until she decided she was ready to go be with her heavenly father.

In 1999 Joan and Larry divorced, and at that time, Joan added more to her life. She moved into town and took a part-time job at Cody Newsstand while continuing to work full-time at Y-Tex. She became very active in her church and served her church diligently until her health caused her to stay at home.

While Joan was attending her first Walk to Emmaus weekend in 2001, Jason tragically passed away, leaving three small children behind. Joan became very active in spending time and being a huge part of her grandchildren’s lives. She spent many hours watching all her grandchildren play football, baseball, swim and dance. She loved her grand kids and helped them in every aspect of their lives.

Joan was preceded in death by both her parents and son Jason.

Joan was one of the strongest women around and inspired many people with her upbeat personality and will to live. She enjoyed life and never let a tough situation keep her down. She had incredible faith and always had an encouraging word. She will be missed tremendously by all whose lives she has touched.

Memorial services will be at First Presbyterian Church of Cody on Saturday, Oct. 2, 2021, at 2 p.m. with her friend, Pastor Pat Montgomery, as the officiant. Please wear a mask to this service. An online guestbook is available at www.BallardFH.com.