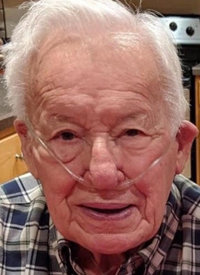 Jim was born on March 14, 1930, in St. Paul, Minnesota, to Anthony and Patricia Ladd. He attended elementary school in Billings and graduated from Worland High School in Worland, Wyoming.

Jim had various occupations throughout his lifetime. After retirement, he pursued his love of buying and selling antiques until his death.

Jim was preceded in death by his wife, Betty; his grandson, Mike Layne; and his parents.

Graveside services will be held at a later date, with burial in Crown Hill Cemetery in Powell.