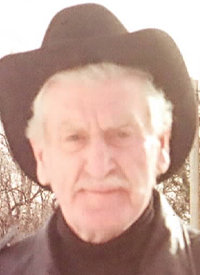 Red was born in Wytherville, Virginia, on May 21, 1937. He was the son of Fred McKinney and Norma Safewright McKinney.

Red was a veteran of the U.S. Army, where he earned a national defense medal. Red was a cook in the Army and had enjoyed cooking and feeding his friends ever since.

Red was a master electrician and traveled the U.S. working.

Red loved the outdoors and enjoyed hunting and fishing. He also had a garden each year and enjoyed sharing vegetables with his neighbors.

In addition to his parents, he was also preceded in death by son Jean Andrew McKinney, Jr. and 10 siblings.

Red’s nieces and nephews were also a big part of his life. Red loved calling family and friends, and telling wild stories. He loved a good joke.

A celebration of life was held on Friday, March 18.