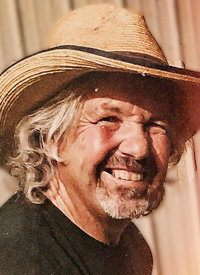 Jim Kysar was surrounded by loved ones as he whispered his last “Love ya, dammit” to the world on Jan. 28, 2022, at the age of 68. He made a quiet exit from this world but made a loud impression on countless friends, family and coworkers who will remember him as a strong, hard-working and kind man.

Jim was born and raised on a farm on the north end of Powell, to Joe and Mary (Gibson) Kysar. One of six kids, Jim started working the farm at an early age and learned a work ethic that would never leave him, even in his final days.

A natural athlete, Jim loved to play all sports, especially wrestling and football. He was very successful throughout his high school and University of Wyoming wrestling career. Along with winning two Western Athletic Conference (WAC) championships at the University of Wyoming, he obtained a degree in industrial arts. Although he didn’t become a teacher, he patiently mentored and helped many along the way thanks to his knowledge of how to fix or build just about anything.

In 1974, Jim married his high school sweetheart, Pam Bischoff. After moving back to Powell, Jim took over the family farm for a while and then worked construction before he landed an entry level job at Conoco. Dedication and natural leadership earned him a successful career in the oil and gas industry. Jim and Pam had two daughters, Aimee and Kasi. Soon after, he began constructing the first of two homes he would build by hand. He and Pam worked side by side on these homes as they did on countless other projects.

Jim’s hard work at home and in the workplace afforded him the ability to spend time in the mountains and at the lake, enjoying time with Pam and his daughters. Friends and family were always welcome on these trips, as well as in their home. Most of all he lived for his wife, daughters and grandchildren. His daughters enjoyed his support, humor, and guidance from childhood through their own parenting years. He proudly followed his grandchildren in their artistic (Kynlee and Kaya) and sports endeavors, dutifully traveling the state to watch his grandson Kysar play basketball and football and continuing to watch it from home on the TV in his final weeks. Spending time with his grandson Chance always brought a smile to his face.

Considered by many to be powerful and tenacious, Jim Kysar’s strength was well known, but anyone close to him knew that kindness was his true attribute. If someone was in trouble, Jim was there. If anyone needed help or a recommendation, or a leg-up when no one else would give them a chance, the soft-spoken Jim Kysar was the man to do it.

He is survived by his wife, Pam, daughter Aimee (Spencer) Jolley, daughter Kasi (Dusty) Wassink, and his loving grandchildren, Kynlee, Kaya, Kysar and Chance. He is also survived by his siblings Mike (Linda) Kysar, Becky Christensen, Tom (Barb) Kysar, Kelly (Jim) Cooley, his brothers- and sisters-in-law: Lyle Bischoff, Valerie Cross, Deborah (Lanning) May, Maryanne Bischoff, and his honorary brothers Chad Petrich and Tom Churchill, his UW wrestling brotherhood, as well as many beloved nieces and nephews and too many other family members to count.

Jim was preceded in death by: his parents Joe and Mary Kysar, his older brother Larry Kysar and brothers-in-law Scott Christensen and Max Bischoff.

A celebration of Jim’s life will be held at the Nelson Performing Arts auditorium and lobby at Northwest College March 19, 2022, at 3 p.m. A reception will follow at the Eagles.