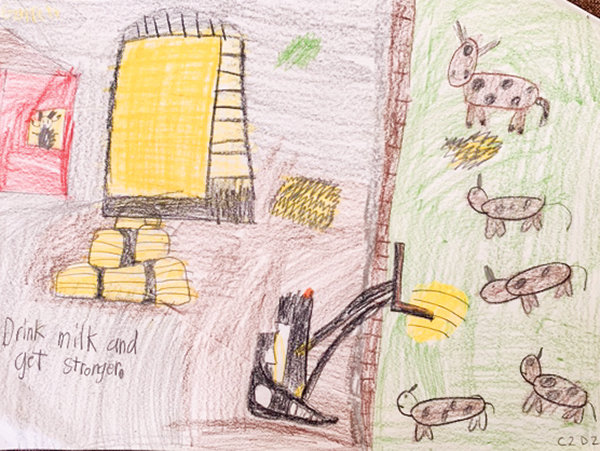 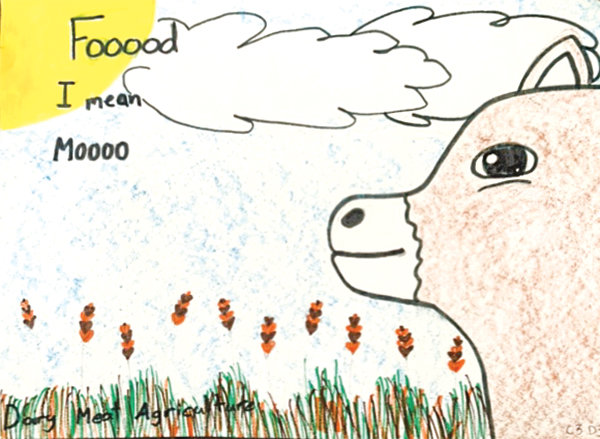 Violet Peterson’s entry was runner-up in the poster contest. 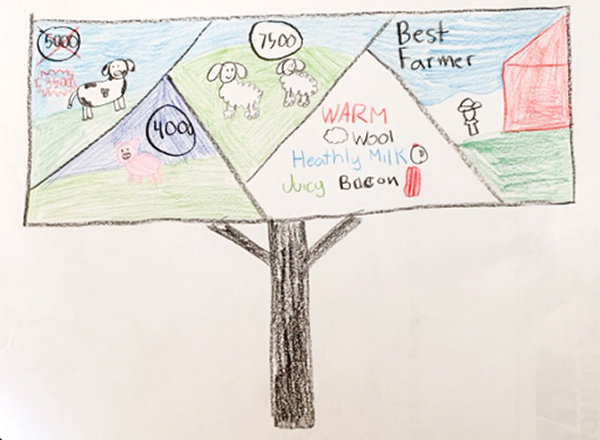 Anh Trinh was the runner-up in the marketing ad contest.
Previous Next
Posted Tuesday, May 25, 2021 8:15 am
By CJ Baker

But participation skyrocketed this year, as students in Powell, Cody, Meeteetse, Clark and Wapiti submitted 590 entries.

While the surge in entries created some new challenges — for instance, it was impossible to lay out all the drawings on a living room floor and the judging took a couple nights — the local Farm Bureau was thankful.

And the submissions didn’t just impress in terms of quantity but also quality, as Powell students saw success at the regional and state level.

Garrett Jolley of Southside Elementary School won the poster contest for second- and third-graders, with Violet Peterson of Parkside as the runner-up. Meanwhile, Anh Trinh of Westside was the runner-up in the marketing ad contest for fourth- and fifth-graders.

All three were also winners within the bureau’s Northwest District, which includes the Big Horn Basin, plus Fremont County. Other district winners included Aubree Morton of Westside, who topped the field of kindergartners and first-graders in the coloring contest. Meanwhile, Beth Black of Southside joined Jolley and Peterson as a district winner in the poster contest, while Gracey Perry of Westside and Star Potts of Parkside joined Trinh in the winner’s circle for marketing ads.

The prizes didn’t end there, either. Given the unprecedented levels of local participation, the Park County Farm Bureau wanted to reward every student who submitted an entry — and it found a willing partner in McDonald’s, which donated a free ice cream cone to all of the participants.

Shuler expressed appreciation to the businesses for stepping up with the generous donations, to area teachers for working the contest and related curriculum into their classrooms and to the Farm Bureau members for their work.

“It was a lot of fun,” she said. “We were fortunate that we had the amount [of entries] that we did and that the schools participated the way that they did.”

The contest is part of the Wyoming Farm Bureau Federation’s long-running annual Ag Books for Kids program, which puts a new ag-related book in the state’s elementary schools each year. It’s been an unusual two years for the program, with COVID-19 disrupting last year’s contest and then the surge in participation this year.