Home Ec Cottage will be ready for staff this summer

Renovations to Park County School District 1’s Home Ec Cottage should wrap up soon, but getting furniture has proven a bigger challenge, according to Superintendent Jay Curtis.

Home Ec Cottage will be ready for staff this summer 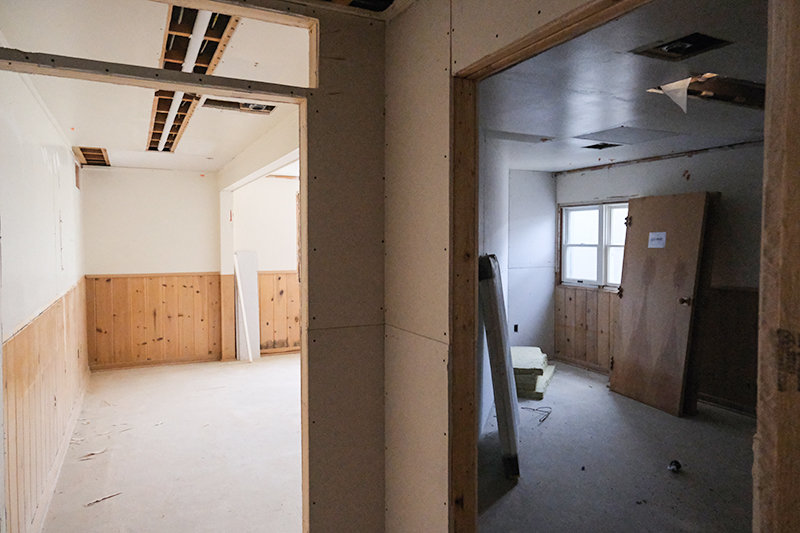 The two rooms that will house the mental health offices in the Park County School District 1 cottage are currently under renovation.
Tribune photo by Braden Schiller
Posted Tuesday, March 22, 2022 8:15 am
By Braden Schiller

Renovations to Park County School District 1’s Home Ec Cottage should wrap up soon, but getting furniture has proven a bigger challenge, according to Superintendent Jay Curtis.

“The cottage is coming along really nicely and we’re going to have the building done long before we have any furniture. They keep bumping our furniture out and out and out,” Curtis said at a Feb. 22 school board meeting.

The Home Ec Cottage is the second-oldest building in the school district — Curtis said some board members attended many classes in the cottage — and it served as the original location of the Powell Makerspace. The cottage will now be used to house the district’s special education staff.

Before the renovations, the cottage had no insulation and some unlevel beams. It’s now insulated and leveled, awaiting furniture.

The original plan was to have the building furnished and to move teachers in over spring break, which was March 15-18. However, according to Curtis, they now hope furniture will arrive in late March or early April.

He said staff will most likely move in personal belongings over the summer.