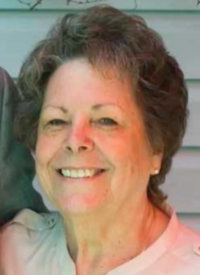 Later on in life she met Thomas “Tom” Lobstein in Dickinson, North Dakota, at a basketball game he was playing in. They soon started dating and later were married Jan. 11, 1964. Their love for each other would shine for all eternity and serve as an example to all those that met them.

They had two daughters, Tress (Kevin) Fieber and Raena (Kary), who they both adored. Loye’s most cherished things in life were her magnificent seven grandsons, whom she was so grateful for and held dear. They are Chad, Wade, Adam, and Scott Fieber, Levi, Jeffery “Cole,” and Garrett Kary. Loye was known for telling anyone and everyone story after story of her grandsons, and she beamed at every opportunity.

Loye was also known for her kind, caring heart and love for our Heavenly Father, as well as for being “feisty” or “spirited. If she had something to say, she would say it with the best of intentions.

She enjoyed traveling in her later years in life with Tom, visiting many places she had only dreamt of. She bore her testimony of the gospel and how at peace she was with her death in her last days on this earth before she went on to her father in heaven.

Loye passed away at her home on Monday, April 18, 2022, in the comfort of her home surrounded by the love of her family. Funeral services will be held on Friday, April 22, 2022, at 2 p.m., at the Seventh Street Church of Jesus Christ of Latter-day Saints, 525 West Seventh Street, with burial to follow at Crown Hill Cemetery. The service will also be livestreamed on the Thompson Funeral Home and Cremation Services Facebook page.

Condolences to the family may be left at www.thompsonfuneral.net or mailed to PO Box 807, Powell, WY 82435.