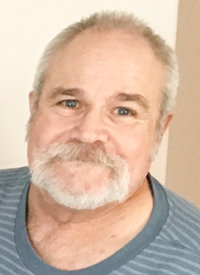 Gregg Randall of Powell passed away Feb. 14, 2022, in Billings, surrounded by his loving wife, daughter and son. He died just five days before what would have been his 67th birthday.

He grew up attending Sheridan schools. After graduating from Sheridan High School in 1973, Gregg attended Northwest College, where he studied photography and graphic arts. The move to Powell would change his life, as he met Gloria Faxon, who would become his wife. Gregg and Gloria married on Feb. 19, 1983, which was Gregg’s 28th birthday. He joked that they got married on his birthday so he wouldn’t forget his anniversary.

During his college years, Gregg worked at the Powell Tribune. He also became an apprentice in carpentry and worked on large projects around Wyoming, including in Gillette, Buffalo and Sheridan.

Gregg worked for Faxon Farms for several years, but had to stop due to back problems. He then returned to the Powell Tribune, where he worked for many years.

Gregg also served as a volunteer fireman with the Powell Fire Department.

His favorite role of all was being a dad. Gregg and Gloria welcomed their daughter Sara in 1989 and son Dallas in 1993. Gregg adored Sara and Dallas, and enjoyed spending time with them whenever he could. He always supported his kids in their activities, endeavors and travels, encouraging them in their interests.

His mother’s family had a ranch on Ash Creek in the Sheridan area, and Gregg enjoyed spending time there. He also loved to be in the mountains, and especially enjoyed time in Yellowstone National Park.

Gregg was kind and thoughtful and looked for ways to help others. He loved to give gifts and take family and friends out for a nice meal.

The Randall family adopted dogs and cats over the years, and Gregg ensured the canine companions and feline family members were well taken care of and loved.

He had an excellent sense of humor and found ways to look at the bright side. Even in the hospital during his final days, Gregg was cracking jokes with his family and medical team.

Knowing Gregg made our lives better, and he is truly missed.

In honor of Gregg, memorial donations can be made to the Children’s Resource Center or the City of Powell Animal Shelter.

Gregg was preceded in death by his parents, Bob and Ann.

He is survived by his wife of nearly 39 years, Gloria; daughter Sara of Powell; son Dallas of Billings; sister Debbie Saunders of Houston, Texas; father- and mother-in-law Don and Janie Faxon of Powell; and nieces, nephews, brothers-in-law, sisters-in-law and cousins.

A celebration of Gregg's life will take place this summer.