Louise Carter-King resigned as the mayor of the City of Gillette last week, two days after apologizing for old text messages that surfaced — including off-color and denigrating language about … 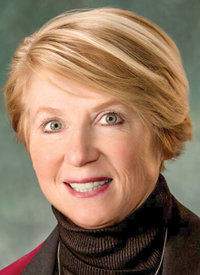 Louise Carter-King resigned as the mayor of the City of Gillette last week, two days after apologizing for old text messages that surfaced — including off-color and denigrating language about City Council members and other Campbell County officials.

“It is with a heavy heart that I announce my resignation as the Mayor of the City of Gillette,” Carter-King said in a Jan. 6 press release.

“I want to thank [city council] and the many outstanding staff members who I’ve had the pleasure of working with over the years. I am proud to have served the City of Gillette for nearly 30 years. I am so proud of what our community has accomplished, particularly the construction of the beautiful campus and most recently, the passage of an independent Gillette College,” she said. “I look forward to what you will accomplish going forward. I know you will continue to make sure that Gillette remains the greatest city in Wyoming.”

“We on the Council would like to thank Louise for her longtime service to the citizens of Gillette. She has been a force within our community for so many years. Her passion and experience will be missed,” said Council President Nathan McLeland in the press release. “We wish her all the best.”

The messages included insults towards many in the community and on the City Council, particularly Councilman Shay Lundvall. Carter-King apologized for the comments at Tuesday’s City Council meeting and released a statement on the city’s website and Facebook page.

“When the messages were released, I knew that my first priority would be to have a number of difficult conversations, with you, my City Council colleagues, and the many other individuals who might be affected by my past words,” Carter-King wrote in her resignation letter. “Over the last several days, I have had many of these conversations, both over the phone and in person. It was never my intention to hurt anyone, but I recognize that I have hurt people and damaged relationships.”

“I believe that it is in the best interest in the city for me to step down from my position,” she wrote.