With the upcoming retirement of Friends of a Legacy (FOAL) Executive Director Marion Morrison, leaders of the nonprofit organization knew it would be tough to replace Morrison’s dominant force … 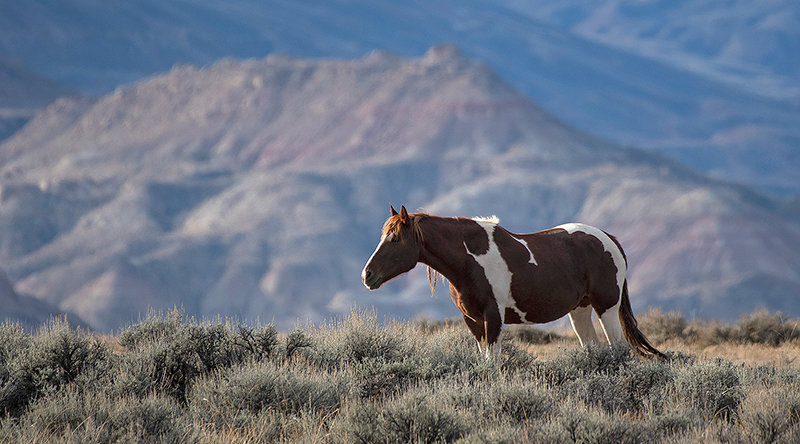 A wild horse browses the sage brush steppe of the McCullough Peaks Horse Management Area. Beginning in 2005, the nonprofit organization Friends of a Legacy has partnered with the Bureau of Land Management to help preserve the herd and its habitat.
Tribune photo by Mark Davis 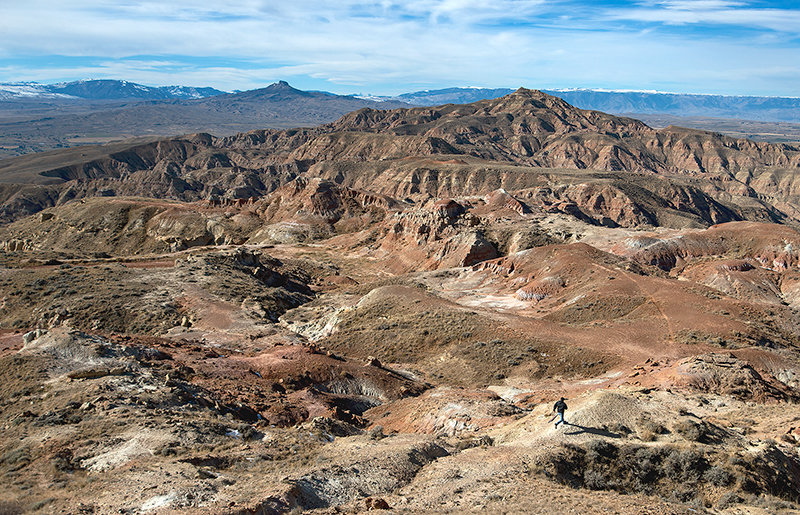 The McCullough Peaks near Powell include a 120,000-acre tract of land designated as a Wilderness Study Area. Recent work by Friends of a Legacy to repair run-off reservoirs will help expand wild horse range in the peaks.
Tribune photo by Mark Davis
Previous Next
Posted Thursday, October 14, 2021 8:20 am 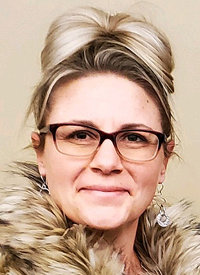 With the upcoming retirement of Friends of a Legacy (FOAL) Executive Director Marion Morrison, leaders of the nonprofit organization knew it would be tough to replace Morrison’s dominant force in leading efforts to preserve and protect wild horses and their habitat in the McCullough Peaks.

They were looking for an odd mix of talent; someone who was a skilled communicator, had experience with horses and knowledge of the West. But they also wanted experience in accounting and nonprofits. They thought it would be a long search until Cody’s Kimberly Zierlein threw her hat in the ring.

Zierlein comes from a storied family in the region and a love for life in the West. Her parents, Kenny and Debbi Stambaugh, were both rodeo stars.

“Stambaughs have been here since the beginning,” she said, adding, “Mom was a barrel racer and dad was a team roper.”

Just prior to FOAL organizing in 2005, Zierlein was the 2004 Miss Cody Stampede, representing the sport on horseback across the state. She was always interested in starting her own business so she studied accounting.

In 2013, Zierlein landed a job in the accounting department of the Buffalo Bill Center of the West, but continued her studies — this time in graphic design. She graduated from Northwest College with an associate of applied science degree and then began working on a bachelor’s in digital journalism and media at Penn State.

Combined with her experience as an accountant for a nonprofit, her studies in communications and her love for the West, Zierlein was the perfect candidate, Morrison said. “She is the whole package.”

The new position will also fit into Zierlein’s life goals.

Zierlein’s education isn’t over yet. She will be training with Morrison to prepare for the wide range of duties.

“Looking at the job description is one thing, but following the person who’s really doing it at full speed on the ground, is something different,” Zierlein said. “Marian [Morrison] has kept a lot of different wheels turning at the same time. She’s a great executive director and it’s going to be hard to follow her.”

Morrison, meanwhile, is looking forward to retirement, wanting to have more time to go fly fishing with her husband, David Livingston. “Less screen time, more river time,” is her mantra.

First she’ll simply relax. “I’m gonna breathe for a little while and catch up on some projects around the house.”

She won’t be missing the horses: She plans to spend a lot of time in the Peaks enjoying their company.

However, Morrison will miss the job, she said — especially the people.

“It’s a really great board to work with,” Morrison said. “There’s a diversity of talent and perspectives and they’re all very dedicated. And it’s a real hands-on board.”

Morrison has accomplished a great deal in her decade at FOAL. It says a lot considering the complicated situation. The McCullough Peaks is a Wilderness Study Area and its status has been hotly debated for years. The FOAL website says the organization signed a memorandum of understanding with the Bureau of Land Management in 2005 to coordinate on opportunities in public education, to enhance the habitat for all wildlife living within the Peaks and the Wild Horse Management Area and to assist the bureau in managing the herd.

For the past 10 years, FOAL has been raising funds to repair and maintain a series of reservoirs in the habitat to help take pressure off areas with limited water in the 120,000-acre high desert habitat. The reservoirs will also help wildlife and grazing cattle in the Peaks.

“We still need more donations for that, so that’s going to be a big project for Kimberly [Zierlein] to jump right into,” she said.

FOAL is also active in working with the BLM on a fertility-control vaccine for the herd, to ensure the wild horses’ numbers don’t overwhelm the habitat.

The group was instrumental in the naming of a 30-mile stretch of U.S. Highway 14/16/20 (from Cody city limits to just east of Emblem) as The Wild Horse Highway. Morrison plans to spend a lot of time on the road to the Peaks, knowing it is in the good hands of the board and new director.

“She’s going to bring her own gifts and skills to the position,” Morrison said of Zierlein. “It won’t look exactly like the way I did it, but I’m sure that she will do a fine job.”