After spending three months on the run, a Cody man wanted on federal drug and escape charges has been apprehended. Philip A. Dobbins was arrested by the U.S. Marshals Service on Wednesday night, at a … 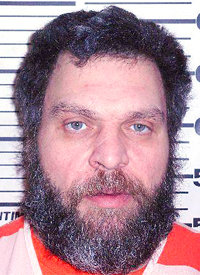 After spending three months on the run, a Cody man wanted on federal drug and escape charges has been apprehended. Philip A. Dobbins was arrested by the U.S. Marshals Service on Wednesday night, at a business on Cody’s Big Horn Avenue.

After his disappearance in early October, authorities suspected that Dobbins had left the area. However, working off information provided by the Wyoming Division of Criminal Investigation (DCI), the Marshals Service learned he was back home and “they got him picked up,” said Cody Police Lt. Jason Stafford, whose agency assisted with the arrest.

On Friday, a judge ordered Dobbins to remain in custody pending further proceedings in his two federal cases.

The 44-year-old was the subject of a lengthy investigation by DCI that culminated in officers catching him with more than 350 grams of methamphetamine in March. Before that arrest, authorities say Dobbins had sold meth and prescription painkillers to a DCI informant and an undercover agent in transactions made in Cody, Powell and Shoshoni.

Federal prosecutors picked up the case and over the summer, a grand jury indicted Dobbins on a felony charge of possessing meth with intent to distribute. Three others were indicted on related cases, alleging they were helping distribute meth in the region; last month, leaders at DCI and the U.S. Postal Inspection Service said the overarching investigation “made a significant impact on the drug community, causing a ripple effect across several states.”

While the other three defendants have remained in federal custody, U.S. Magistrate Judge Michael Shickich allowed Dobbins to attend a drug treatment program in Sheridan in late June, doing so over the objection of the prosecutor. Dobbins completed that treatment and then sought to be allowed to return to Cody to await further proceedings, but a different federal magistrate ordered him to return to federal custody.

“Your treatment ends on Oct. 7 in Sheridan and I will direct that you report to the United States Marshal no later than 5 p.m. in Casper,” Chief U.S. Magistrate Kelly Rankin reportedly told Dobbins at an Oct. 5 hearing.

After conducting multiple interviews in the Cody area, Mangum concluded that “Dobbins left the state of Wyoming in [an] attempt to evade prosecution.” In the November affidavit, Mangum described the defendant’s exact whereabouts as “currently unknown.”

Later that month, a grand jury indicted Dobbins on an additional felony charge of escape from custody and a judge issued an additional warrant for his arrest. Dobbins remained at large until Wednesday, when marshals learned that he was back in the Cody area. DCI, Cody police and the Park County Sheriff’s Office assisted with the 8 p.m. arrest on Big Horn Avenue, and Dobbins — who was preparing to get into his car at an automotive shop — was taken into custody without incident.

Dobbins appeared before Judge Rankin via video on Friday, where he, at least temporarily, denied violating the terms of his bond conditions.

An evidentiary hearing has been scheduled for later this month. In the meantime, Rankin told Dobbins that “based on the allegations in the petition [to revoke bond] that you should remain in custody until the hearing.”

Dobbins was set to be tried on the drug charge on Monday, but his disappearance made that impossible.

“I’ll just go on record that I would not be ready to try a case on Monday,” said Humphrey — who had to double-check with Dobbins at the start of the hearing that the defendant still wanted his representation.

As for the new charge of escape for detention, Assistant U.S. Attorney T.J. Forwood said in a filing that he again wants Dobbins to be held without bond. Among other factors, Forwood contended there’s a serious risk Dobbins will flee and no way to ensure he’ll appear for required court hearings.

Although requesting a detention hearing for later this week, Dobbins’ attorney indicated that he expects his client to remain in jail this time around.

“Given that he’s already pending revocation of another bond, I don’t see the court granting bond in this matter,” Humphrey told the court.