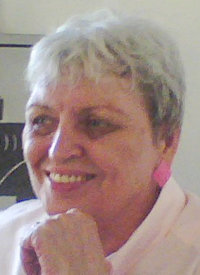 Fairy “Faira” Darlene Mooney passed away in peace and comfort on March 3, 2022, at Spirit Mountain Hospice House in Cody, with family at her side. She was 80 years old.

Faira was born June 5, 1941, to Edward and Darlene Martin in Lusk, Wyoming. The family lived on a remote ranch outside of Lost Springs, Wyoming. She and her brother Ivol attended a small country grade school. They looked forward to rodeos and country dances, as their childhood was socially isolated.

Faira went to Manville Junior High School, attended high school in Casper, and graduated from Sheridan High School in 1959. She then moved to Cody with her infant daughter, Rhonda, in 1960. When she arrived in Cody, Faira didn’t own a car, so she walked and carried Rhonda to the babysitter before she made her way to Bud’s Drive-In every day.

Faira worked at Bud’s Drive-In, Sawyers Grocery, and the Park County Courthouse in Cody before working as the office manager for Raymond Ford in Powell, which later became Flom’s Ford, Justin Ford, and Fremont Motors. She also worked at First National Bank in Powell for a time before ending her career in Cody at Fremont Motors in 2004. Her husband David said she learned to work in a man’s world for 30-plus years, as her coworkers were mostly men at the Ford garage. She held her own and was loved and respected by all who worked with her.

A perfectionist at heart, Faira was very dependable, loyal and hardworking. She always put others before herself. Faira went about life with a quirky sense of humor and loved playing tricks on people. She enjoyed making others laugh and being silly.

David and Faira enjoyed many years of camping, fishing, boating and bowling. The couple loved looking at cars everywhere they traveled and rummaging through junk yards. They also enjoyed watching rodeo, car races and golf. Dave and Faira loved to dance and wouldn’t be shy about stopping the car, turning up the car radio, and dancing to their hearts content by the side of the road.

Faira was a state champion bowler and served in several capacities in the Powell Bowling League. She was the ultimate statistician and kept very detailed records for bowling and many other activities. Faira was a skilled seamstress and had many projects in progress at any given time.

Faira loved animals and is known to have doted on her pets over the years: Chinook, Libby and Lulu. She treated them as true members of the family, and they ended most days with a sweet treat of ice cream. Faira learned to love and appreciate nature’s critters from her mother, Darlene. They were both especially fond of owls and had them displayed around their homes and in their jewelry.

She was preceded in death by her father Edward Martin, mother Darlene Martin, and nephews, Greg Martin and Russell Martin.

In lieu of flowers, contributions can be made to Spirit Mountain Hospice or Park County Humane Society.

Funeral services will be at Ballard Funeral Home on Wednesday, March 9, 2022, at 1 p.m., with cookies and coffee to follow. Graveside services will then be held at Riverside Cemetery at 3 p.m.

Memories and condolences can be left on Faira’s memorial page at www.BallardFH.com.