The quick action of two law enforcement officers led to the life of an 8-year-old being saved early on the morning of March 4. 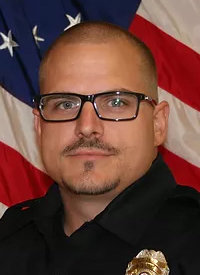 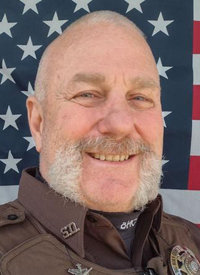 The quick action of two law enforcement officers led to the life of an 8-year-old being saved early on the morning of March 4.

Lovell police officer Dusty Schultz and Big Horn County Sheriff deputy Jeff Angell were both in the county annex when they heard the call come through for a fire near the Lovell Laundromat at 1:22 a.m. March 4.

Angell and Schultz arrived at a residence on Montana Avenue, which was spewing black and heavy smoke.

“We arrived and the front part of the house was fully involved,” Angell said.

Angell and Schultz interacted with the family who had already escaped the residence: two parents, Ivy McCoy and Leonard Fairbanks, and two children, 3 and 4 years old. Their 8-year-old was still in the building.

“The black smoke was extremely thick and extremely hot. We shined a flashlight through there and couldn’t see anything,” Angell said. “We hollered, and we could hear a young child in there screaming.”

Angell said the smoke was too heavy for them to enter. Both himself and Schultz tried poking their head through and were quickly repelled. They shined a flashlight through both continuing to call for the boy, but the smoke was so heavy it was uncertain if the light even shone through.

And then they both saw the boy on top of his bed, reaching for the window.

“I believe he came because he heard our voices,” Angell said.

The two officers broke out the window, and together pulled the boy to safety.

“It was team effort between Schultz and I,” Angell said. “If it was not for the both of us, I’m not sure we would have got him out.”

According to Assistant Fire Chief Bob Mangus, the fire department arrived on scene at 1:26 a.m., only four minutes after the call was heard through dispatch, to find Schultz and Angell pulling the boy out of the window.

“I took him to my patrol vehicle. He was wet. I don’t know why he was wet. I kept him warm and kept talking with him. His face was extremely black. He was spitting up stuff,” Angell said. “As soon as an EMS crew showed up he was transferred into their care.”

Angell said it was the most harrowing experience of his career.

“Sitting there, listening to him scream, we didn’t know what to do,” Angell said.

The boy was soon flown by helicopter to Denver. He remained in the intensive care unit as of Tuesday morning, according to Big Horn County Sheriff Ken Blackburn.

“These officers’ immediate action saved a life,” Blackburn said. “These officers’ actions were life-saving and heroic. Those officers breathed in smoke without a single concern for their own safety. This was truly the definition of ‘seconds mattered.’ Their immediate action, and knowing exactly what to do with their training is a blessing to the community.”

Blackburn said the rescue was a great example of the teamwork that exists between law enforcement agencies locally.

“Even though they wear different color uniforms, when the chips are down, they respond in a team-like fashion,” Blackburn said. “Neither one gave a second thought for their own safety. They risked everything for a kid they didn’t know.”

Gary Welch, who manages the property, said the smoke was so extensive that he was awakened by the smoke crawling into his living quarters next door.

“I saw the smoke, and I started looking through my place for a fire,” Welch said.

Welch soon walked outside and saw smoke billowing out of the kitchen window from the house next door.

It was an intense scene, Mangus confirmed.

“By the time we got there, the fire was ventilated out both front windows and out the front door,” Mangus said. “It was cooking. There was probably 30-foot flames coming out the top of the building.”

After applying positive pressure ventilation in order to clear a pathway inside the smoke-filled building, firefighters were able knock out the fire in five minutes. The fire itself was contained within the living room.

For how quick their work was, Mangus said the fire department couldn’t have saved the trapped boy.

“We would have been at least another five minutes to get the fire down,” Mangus said. “We would have had to go through the fire to get to the little boy. There’s no doubt those officers saved that boy’s life.”

The scene was cleared at 2:43 a.m. Welch said the inside of the residence was extensively damaged in the aftermath.

“The fire was contained to one little location,” Welch said. “There were two couches that caught fire, and they were lined with rubber. Smoldering rubber put out all that black smoke. That black smoke was horribly hot. The ceiling all over the house is covered with black soot. Most of the damage is smoke damage. There is no structural damage.”

“The town has really come together to help them,” Welch said.