The Reimagining and Innovating the Delivery of Education (RIDE) Advisory Group has begun soliciting input from parents, families, communities and businesses on “how to create the ideal … 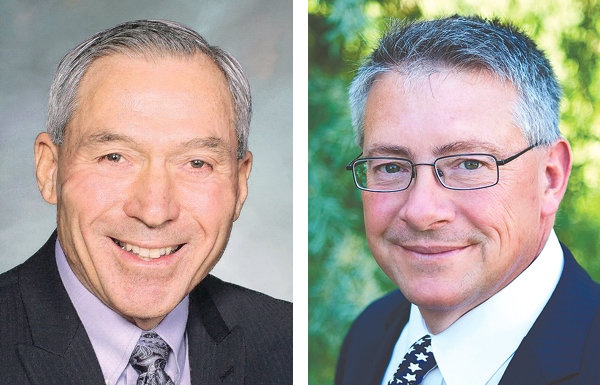 The Reimagining and Innovating the Delivery of Education (RIDE) Advisory Group has begun soliciting input from parents, families, communities and businesses on “how to create the ideal education system for the future of the state.”

Gov. Mark Gordon put the advisory committee together last summer and tasked it with examining education in Wyoming in order to set it on a course for the future. The committee includes Sen. R.J. Kost, R-Powell, and David Northrup, a former state representative from the Willwood area who previously chaired the House Education Committee.

Since its formation, the committee has been in talks with the University of Wyoming and the State Board of Education, as well as other stakeholders. Members are trying to gather some initial information to figure out what K-12 educational attainment should look like at graduation and how best to get there.

“What is your knowledge base when you get out of school? What’s important to have?” Northrup said of the questions the group is trying to answer.

Their next step is to begin getting input from the community. On Monday, the RIDE group released a short survey online at wysac.uwyo.edu/RIDE.

“We want to hear from everyone who cares about Wyoming’s K-12 education system – parents, students, educators and employers,” Gordon said in a statement. “We want their opinions about what it is we’d like our schools to be able to deliver for our students.”

The survey will be sent to school districts across Wyoming and then disseminated to the parents of students. Listening sessions are planned for the late spring and summer.

“It’s really a useful survey, and I hope people will take the time to give us some good feedback,” Kost said.

The survey will also go out through social media channels as well, in hopes of reaching those who don’t have students enrolled in Wyoming public schools but who may want to participate.

“That way the grandparents and everybody else can provide their input,” Northrup said.

Next month, the RIDE group will begin discussions with the state’s eight community colleges. One of the questions they’re trying to answer from UW and the colleges is the rate by which incoming freshmen require remedial classes. They know there’s a considerable portion of the students who require these basic classes, but the exact percentage isn’t known. With that information, they can propose solutions by which those gaps can be filled in K-12.

RIDE members are also in discussions with Wyoming industries on what skills they’d like to see in the state’s labor pool. One thing that comes up is a lack of math skills, and “sometimes they find new employees have trouble just running a till, for example,” Northrup said.

They’re also looking into what education programs at UW and the colleges need to have so Wyoming K-12 teachers are prepared for the modern classroom.

“The environment of education has changed dramatically in the last two years,” Northrup said.

As an example of these changes, Northup pointed to how virtual education has displaced a lot of classroom instruction. Northrup said the number of Wyoming students in virtual classrooms went from 1,000 to 5,000 in the fall semester 2021, and that’s just K-12. It doesn’t include all post secondary students who are availing themselves of distance learning.

Once the survey data comes in, the group will begin crunching the numbers so that RIDE members can begin making use of the data.