Some things you don’t forget. They leave a bad taste in your mouth. You know, like a burst appendix, the death of your beloved pet or the dreadful taste of kale. 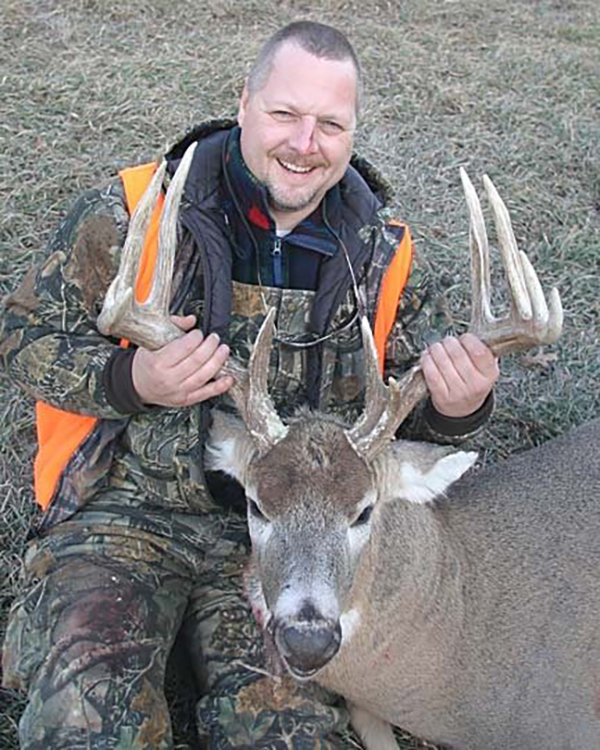 Some things you don’t forget. They leave a bad taste in your mouth. You know, like a burst appendix, the death of your beloved pet or the dreadful taste of kale.

God knows I’ve done my fair share of whining about what I consider bad will, bad timing and/or bad luck. I’ve been whining about the failure to draw a bull elk tag for several years. It has been on my constant loop of whimpers; pianissimo for nine months a year and fortissimo as the email informing me I was “unsuccessful” in my requested area arrives in my inbox.

This year is different. I got the tag I wanted in an absolutely gorgeous area known for big bulls. When I told my best hunting buddy I scored the tag of my choice he actually thought I was kidding. He must have asked three times if I was joking.

Last year I used one single bullet in the field. I harvested a tasty mule deer and made some memories with my friends. The memories were sweet, but I might have whined a little anyway.

It was my fifth year in the state and I have yet to harvest an elk.

I’ve always dreamed of harvesting an elk. I purchased a couple leftover tags shortly after the “unsuccessful” email dropped in the past few years, but bad timing and bad luck had me eating a bitter tag soup at the end of the last day of each season.

Every time I get to the end of a season without a harvest I think about a white-tailed deer hunt I was on some 20 years ago. It was the last day of the season and I hadn’t taken a shot despite a solid week in the terraced fields of Mills County, Iowa. I’d seen giant bucks while on pre-hunt scouting missions, but nothing came out during shooting hours for the nine-day season.

It was about an hour before the last shot could be sent and my friends had some deer down nearby and wanted to call it a day. We wanted to get them field-dressed and home in time for the Bears game.

Thankfully I was too far from the group for them to hear me whine, but I was near my crescendo.

The crew entered the field and I started back to the trucks.

Instead of moving slowly to give myself a decent last chance, I walked right down the center of the cut cornfield muttering loudly like Muttley of Dick Dastardly cartoon fame.

As I neared the end of my hike, I stopped, turned and looked back at the field, wanting to say good riddance to the season. Suddenly, a nice buck broke out of the trees near the creek and started sprinting in the open at about 150-yards.

I had a safe background and a clean shot, so I put the gun to my shoulder, led him a bit and squeezed the trigger.

I made a good shot, placing the bullet perfectly and dropping the buck instantly. But I couldn’t celebrate. The scope caught my fat nose and blood was flowing.

Immediately I was bloody, cranky and, of course, whining. Fortunately, I came around just in time to save my dignity as my friends came to load the buck in our truck.

That day I learned you should never give up until the sun is down on the last day of the season.

I’ve waited five years to draw my choice of hunt areas in Wyoming. Now, I finally have the opportunity to hunt a bucket list area for one of the most majestic game species on the planet.

Like most hunters, I dream of mature bucks and bulls with giant antlers. Though, after decades of hunting, I’m not consumed by the dreams like I was as a young man. I know the probability of harvesting a record bull is low. But I also know there are few places on the planet better to hunt than northwest Wyoming. So I will allow myself to dream big.

I’ll remind myself to admire the landscape, soak in the camaraderie of spending time in the mountains with my best friends and be happy with a cow or calf, should I even get the chance. But mostly, I hope to have enough maturity at this point in my life to know how lucky I am — even if I end up eating tag soup for dinner after the season passes.

As a friend once told me, if harvesting a trophy is the only thing that makes you happy, then you’re not hunting for the right reasons.

I’ll continue to whine about politics, carb-balanced meals and newspaper deadlines. Yet, I pledge to refuse to whine about my first bull elk hunt in this part of heaven regardless of the result.

If you catch me in the act of whining, you have my permission to give me something to cry about.