Months of hard work came down to one final event at the Wyoming State Track and Field Championships on Saturday in Casper. 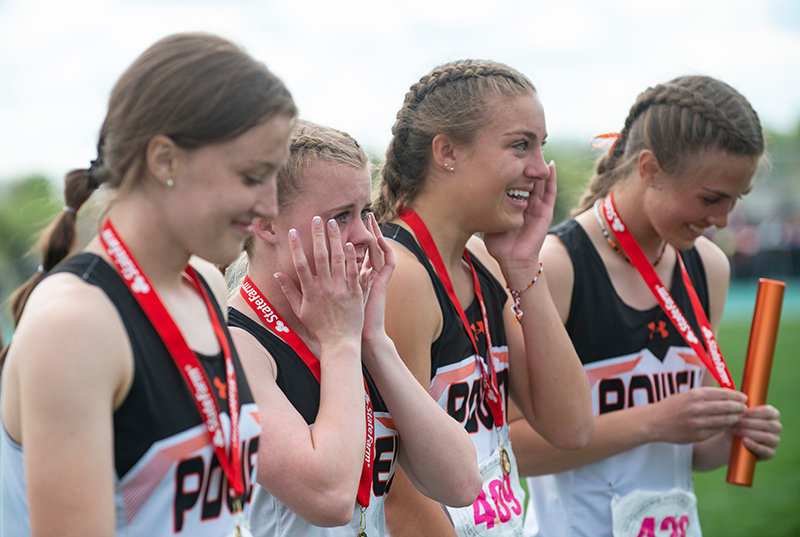 An emotional finish greeted the 4x400 relay team after the team received its medals, as the victory in the final event gave the Panthers a second straight state title on Saturday. Sophomore Waycee Harvey, senior Jenna Hillman, junior Anna Bartholomew and junior Megan Jacobsen smile and fight back tears after their victory helped secure a state title.
Tribune photo by Mark Davis 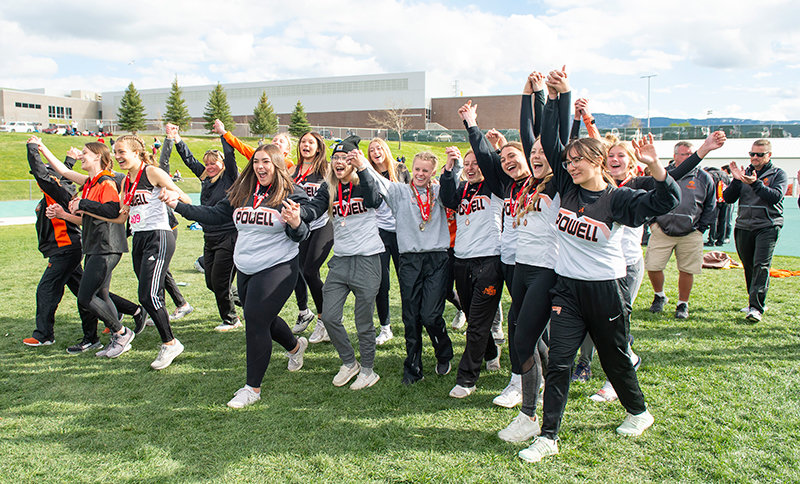 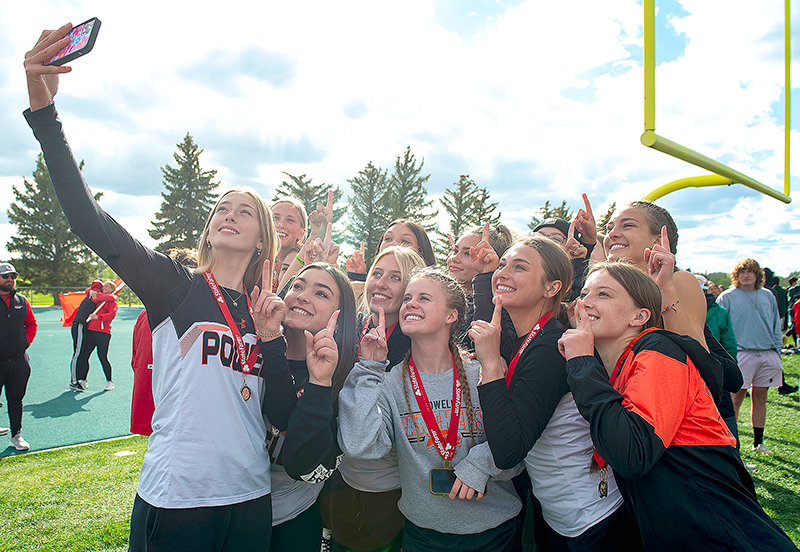 After finding out the team had won the state title, the Panther girls’ track team stopped for a minute to soak in the memory while waiting for the trophy presentation as sophomore Addy Thorington holds up her phone to take a selfie with the team.
Tribune photo by Mark Davis 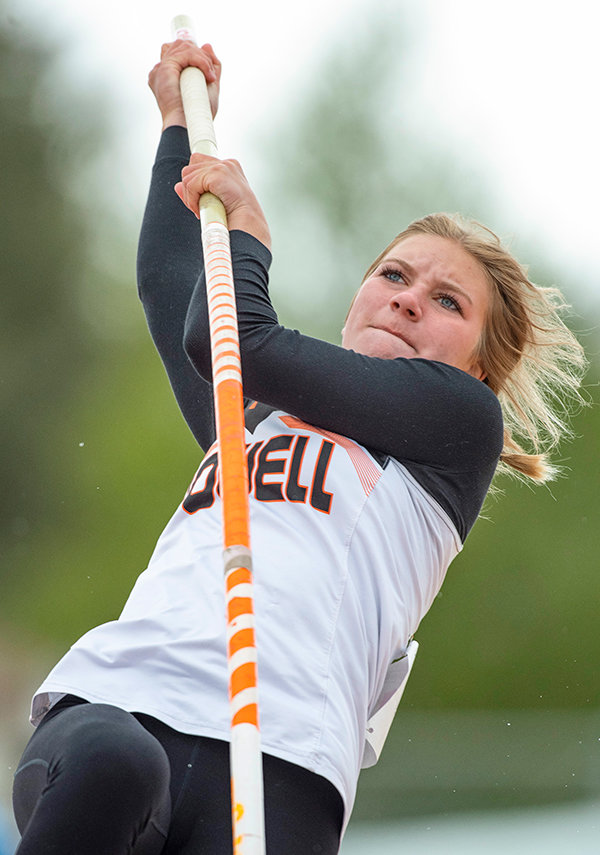 PHS sophomore Lauryn Bennett scored points for the Panthers at the state track meet after she placed seventh in the pole vault, clearing 9 feet in the final meet of the season.
Tribune photo by Mark Davis 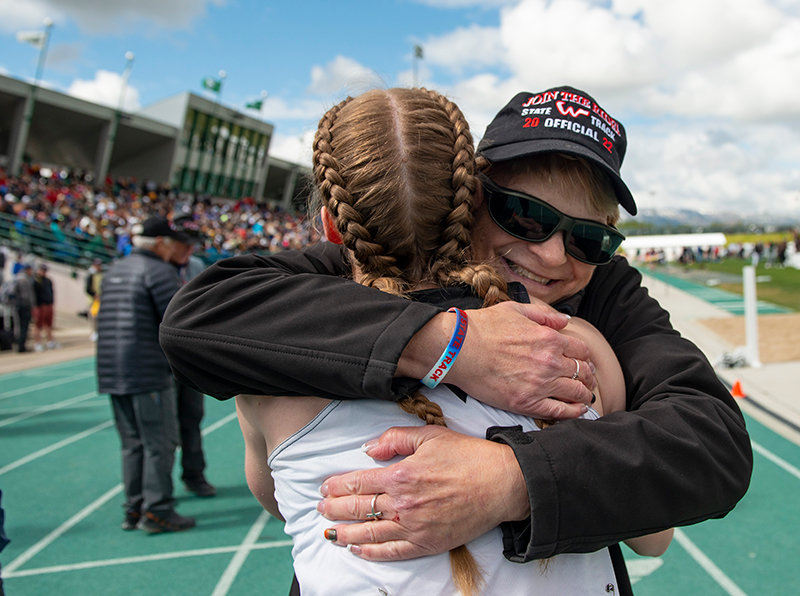 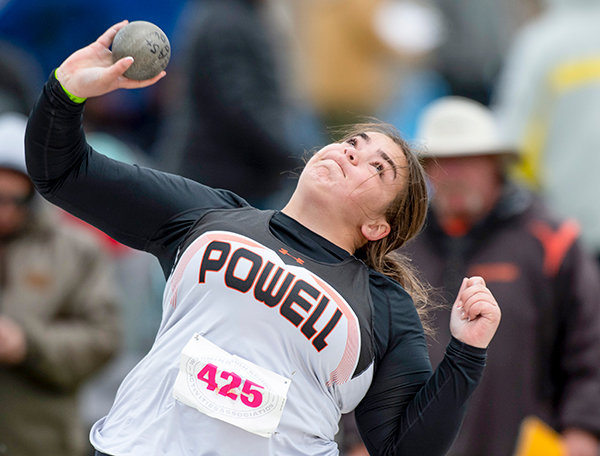 In her final meet as a Panther, senior Reagan Thompson left it all in the ring as she placed second, earning All-State honors with a throw of 36 feet, 7 inches.
Tribune photo by Mark Davis 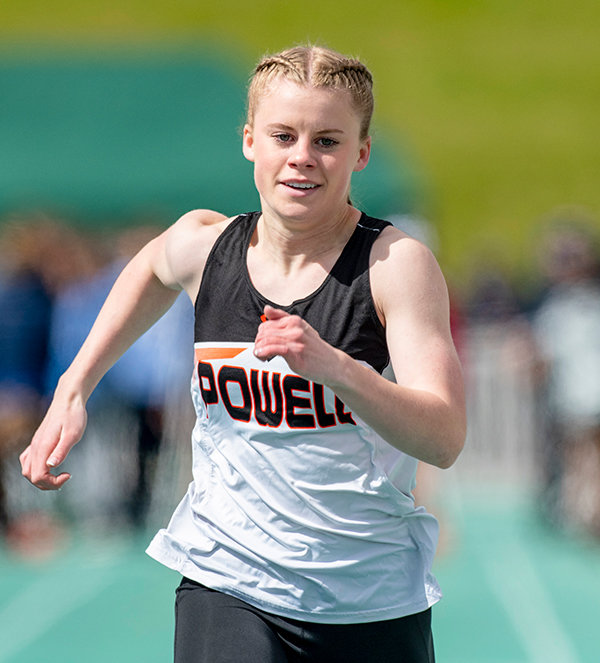 Completing a strong senior campaign, senior Jenna Hillman smiles as she races down the track as she brought home four All-State honors from the Wyoming State Track and Field Championships.
Tribune photo by Mark Davis 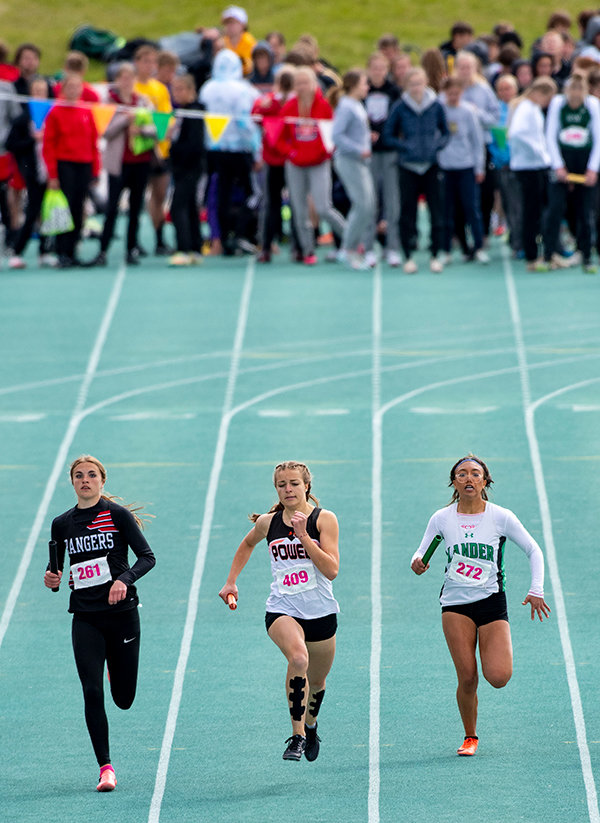 In the final event of the state meet, PHS junior Anna Bartholomew ran the leadoff leg of the 4x400 meter relay which helped put the Panthers over Mountain View to win the team title.
Tribune photo by Mark Davis 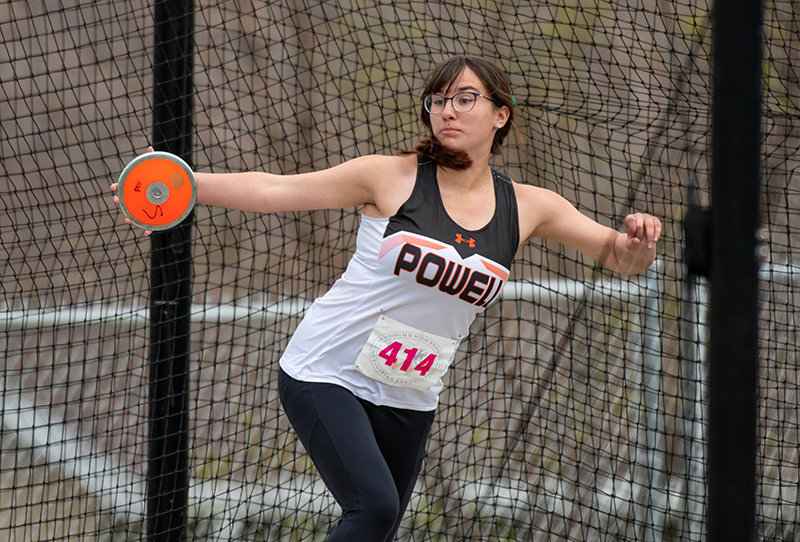 Looking to make her mark, PHS junior Grace Coombs competed for the Panthers in discus at the state meet.
Tribune photo by Mark Davis 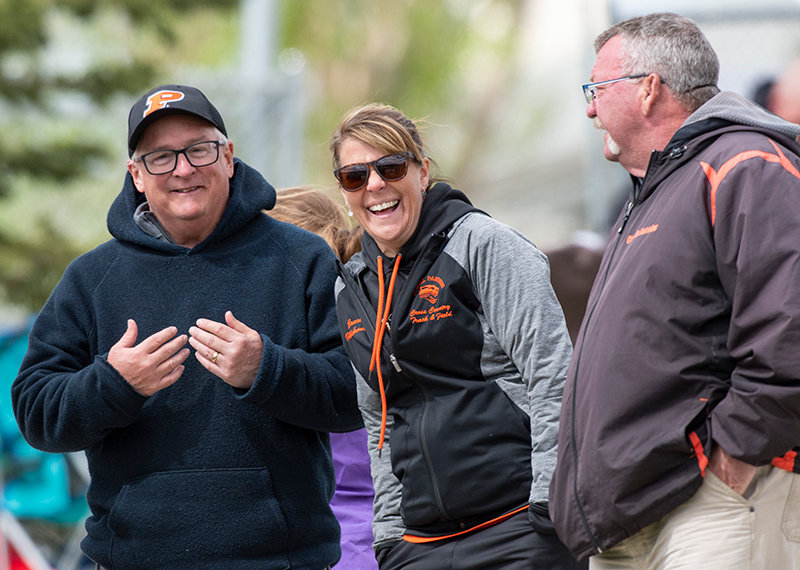 Panthers track coaches Scott Smith, Ashley Hildebrand and Nevin Jacobs joke around as they wait to hear the results of the team scores from the state track meet.
Tribune photo by Mark Davis
Previous Next
Posted Tuesday, May 24, 2022 8:25 am
By Seth Romsa

Months of hard work came down to one final event at the Wyoming State Track and Field Championships on Saturday in Casper.

Knowing that the relay team made up of senior Jenna Hillman, juniors Megan Jacobsen and Anna Bartholomew along with sophomore Waycee Harvey needed at least a fourth place finish to claim a second consecutive team title, the girls left it all on the line.

With Mountain View not qualifying a team for the event, that opened the door for the Panthers to push ahead.

The quartet walked away with a personal best time on the season and a first place finish. The Panthers scored that final victory to cap off an impressive weekend, as Powell crossed the finish line in 4:07.05.

“Since I have been here, we have won seven boys’ titles and only two girls’ titles but have had over 15 runners-up finishes between the two, and earning any trophy at state is an accomplishment,” Panthers Head Track Coach Scott Smith said. “Getting up that last step on the ladder is huge and feels exponentially better.”

Hillman also finished second in the 400 meters, as she broke the one-minute mark, finishing in a time of 59.80 seconds.

“It was great to get to see the real Jenna [Hillman] in action this weekend after fighting some nagging injuries,” Smith said. “I know she gave it her all because when I asked if they wanted to do a victory lap, she said she could not run any more.”

Harvey placed second in the long jump, finishing with a leap of 16 feet, 6 inches, to cap off an impressive sophomore season.

Each athlete dealt with difficult conditions on Thursday and Friday, as a snowstorm swept through Casper and forced events to be shuffled around.

Senior Reagan Thompson finished her final meet with a strong performance, placing second in shot put with a throw of 36 feet, 7 inches.

Junior Sydney Spomer placed sixth in the triple jump with a leap of 33 feet; sophomore Lauryn Bennett placed seventh in the pole vault as she cleared 9 feet; Megan Jacobsen placed eighth in the 800 with a time of 2:30.52.

The 4x800 relay team of Megan Jacobsen, Bartholomew and freshmen Kenna Jacobsen and Kinley Cooley placed third with a time of 10:17.27.

The 1600 meter sprint medley team of senior Kylie Kahl, Floy and the Jacobsen sisters placed third in a time of 4:35.02.

“Our kids were great at battling through the nasty weather both at regionals and state, and it really speaks volumes about how tough these kids are and how well they were able to persevere,” Smith said. “Those are character traits that will help them be successful later in life.”

The Panthers graduate significant talent from this state championship team, as Powell loses Hillman, Thompson, Urbach and Kahl, who all earned points as seniors this year.

The team will return just over half of the individual point getters on this year’s team, along with a majority of the runners on the relay teams as the younger Panthers will look to lead the team into next year.

Despite graduating such significant point getters, Smith is hopeful for the girls’ team looking forward, and he believes a strong core will return next year and could make noise again at the state meet.