Powell firefighter dies while on assignment in Inyo National Forest

Like many young adults, Layla Bradley was struggling to find her place in the world. She was working as a bartender at Edelweiss Riverhouse, in Clark, when she finally found her place. But instead of …

Powell firefighter dies while on assignment in Inyo National Forest 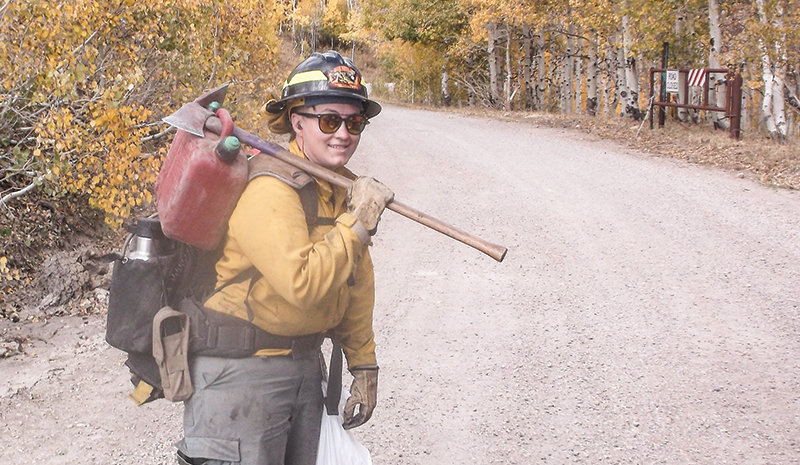 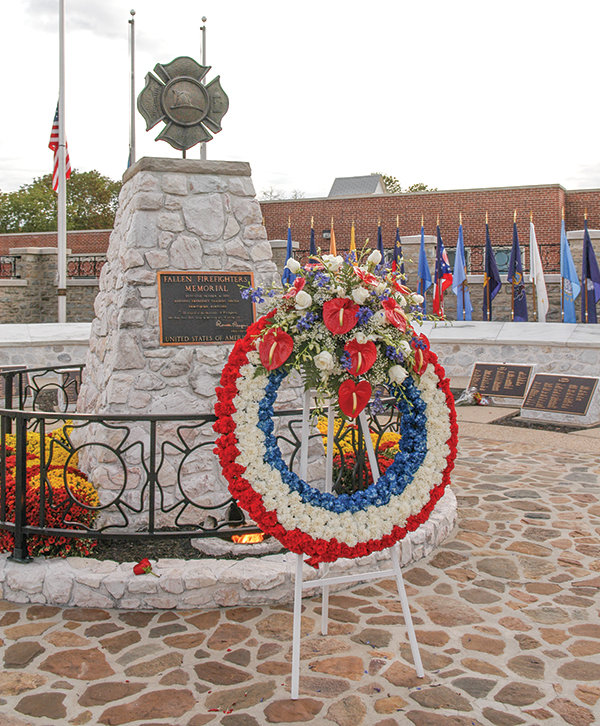 Flags at the Fallen Firefighter Memorial in Emmitsburg, Maryland, fly at half-staff in Layla Bradley’s honor following her death.
Courtesy photo
Previous Next
Posted Thursday, November 18, 2021 8:15 am
By Mark Davis

Like many young adults, Layla Bradley was struggling to find her place in the world. She was working as a bartender at Edelweiss Riverhouse, in Clark, when she finally found her place. But instead of it being in the bar, it was in the wilderness fighting fires.

Bradley had always been intrigued by firefighting. She shared her secret with her late father, Burt.

The avocation was in her blood: Burt and his father, Layla’s grandfather Burton, had both served as firefighters.

Burt knew Mike Specht, who owns the Clark-based wildland firefighter team, Dragon Fighters, and mentioned Layla’s interest. In 2018 she got her shot and quickly earned a reputation as a tireless worker; her passion was an inspiration to her co-workers, Specht said.

“There’s a lot of people out there that are better now for knowing her and working with her,” he said.

Layla was recently promoted to engine boss and was already studying for the next level. Her hard work and leadership was bringing her recognition in the tough business. While working the Mullen Fire near Laramie earlier this year, she was credited for saving several homes in the South Keystone community.

“She was totally into her work,” said her mother, Janet Reed-Bradley. “She loved it.”

Layla’s intelligence was matched by her brawn, Specht said. She spent much of her spare time hiking the hills and working out.

“She was one of the fittest people I’ve known,” he said.

That was one of the main reasons Specht was shocked when he heard the 29-year-old had died while on assignment in the Inyo National Forest in California on Oct. 11. The cause of her death has yet to be determined.

Layla’s crew was working in the forest on a day with extreme fire danger. They were patrolling when it started to snow and for safety reasons, the crew was brought back to the station. Specht spoke with Bradley by phone, extending the crew’s stay for another two weeks. She didn’t say she was feeling poorly; it was just a typical call, he said.

Two hours later she was found unresponsive. Crews tried to revive her, but were unable to bring her back, according to reports.

It had already been a tough year for the family. Burt Bradley passed away Jan. 16 after a short battle with cancer.

Despite earning the nickname “Animal” during his young, athletic years, Burt was a very well spoken and sensitive father.

“His death hit [Layla] hard,” Specht said. “They were really close. He was always challenging her to be better.”

Layla always had a sketchbook with her and shared poetry and art with her father. He too would write poems, often exchanging their art on a daily basis. It was her father that got her addicted to athletics as well.

“He was a runner and ran his whole life. And he and Layla worked out together,” Reed-Bradley said.

Layla played volleyball, basketball and ran track at Powell High School before heading to Colorado Mesa College, in Grand Junction, where she joined the rugby team.

Layla’s passing left her family in shock. Layla was planning to spend time with them in Georgia during the off-season. She had already been on the job for 100 days — longer than most seasons — and was looking forward to being with family and on the road, sister Sierra Bradley-Warfel said. Family was very important to Layla, her mother said.

“She was a very loving and caring person,” she said.

Like her father, Layla earned a nickname from her co-workers.

“Most of the guys knew her as Dragon 61,” Specht said, adding that 61 was her engine number. “She was very proud of that.”

“A lot of people’s homes and businesses were saved because of her efforts,” he added.

Friends, family and colleagues plan a celebration of Layla’s life at 11 a.m. Saturday at the Mountain View Clubhouse, 1001 Road 18. The public is invited. Her family is requesting those wishing to make gifts, donate in Bradley’s name to Wildland Firefighter Foundation, wffoundation.org.