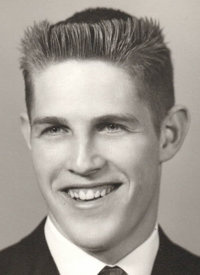 Darrell Don Gates (Double D) was born Sept. 25, 1943 in Oklahoma City, Oklahoma. Double D was a sincere, hardworking, kind-hearted simple man. He grew up on the south side of Powell, and graduated from Powell High School in 1963. He joined the Army, but was honorably discharged because of medical reasons.

He was employed by the City of Powell Sanitation Department for years. The beet dump was always a lot of work but he enjoyed being part of it every harvest. He then moved on to recycling until his retirement.

Darrell was loyal to his family, friends and jobs. he would work all year long so he could go camping with his buddies in the Bighorns that first week in the fall. Fishing, bow hunting, four-wheeling, cooking and eating in the great outdoors and being surrounded by good friends in the mountains, made him the happiest. He loved his nieces, nephews and all kids in general. He was a good soul.

Darrell was preceded in death by his parents, Harry and Nadine Schleich, sister Glenda Baird and nephew Reece Schleich. He is survived by his sister Sandy (Jerry) Ellis and brother Larry (Terry) Schleich.

Darrell’s memorial will be in the spring of 2022.