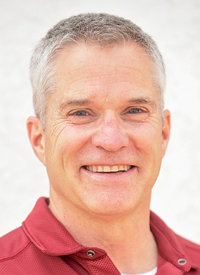 If someone had told you a year ago that within the next 12 months there would be a worldwide pandemic that would infect tens of millions, that the roaring U.S. economy would be dealt a major blow, that millions of people would file for unemployment, that citywide lockdowns would be common, that sports seasons would be canceled, that the cause of social justice would lead to riots and unrest and the toppling of monuments, and that the threat of Marxism would suddenly come to the forefront in American life, would you have believed them?

But maybe more concerning is how divided our nation is at this time. The roots of much of the division stem from a worldview associated with Karl Marx and known as “critical theory.” Its tenets have been promoted on university campuses for decades and, as I understand it, the main objective of critical theory is to rectify unjust power structures in society.

It holds that all people fall into one of two groups: the oppressors and the oppressed. If you have power, whether it be through money, influence, education, or control, you are an oppressor. And if you don’t then you are one of the oppressed. The oppressed always have the moral authority over the oppressors, according to critical theory. Whatever they do to revolt against the oppressors is morally justified.

Much more could be said about this worldview that is giving rise to the chaos in our nation. But my purpose in this brief overview is to show that critical theory offers little in the way of hope for peace or reconciliation between people. Instead, it is the pathway to continual revolution and instability as the oppressed rise to power, only to become the new oppressors who then need to be overthrown. It’s a never-ending cycle of conflict and revolt.

Over and against this philosophy that divides stands Jesus Christ. He affirmed the value and dignity of every person but also affirmed that every one of us is an oppressor in some form because of the darkness in our hearts. And yet, he offered himself on the cross to pay our debt so that the one who believes in him can be born again to a new kind of life — a life filled with love for God and love for others.

As the scriptures say, “His purpose was to create in himself one new humanity out of the two, thus making peace, and in one body to reconcile both of them to God through the cross by which he put to death their hostility.” In other words, Jesus Christ is the solution for the rancor, conflict and strife that we see around us today. Let us put our hope in him and boldly take the gospel to our hurting nation.

(David Pool is the senior pastor of Grace Point in Powell.)