Want to go see something odd and different? Well, you live in the right place.

Wyoming is such an interesting place. Even if you ignore Yellowstone, Grand Teton and Devils Tower, the state is … 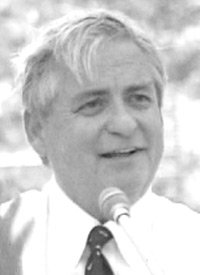 Want to go see something odd and different? Well, you live in the right place.

Wyoming is such an interesting place. Even if you ignore Yellowstone, Grand Teton and Devils Tower, the state is jammed with interesting sites to visit and sights to see.

These places are both natural and man-made.

Today when you want to stay outside, these are some sites and sights to see. Here is a partial list of some to be among the most interesting:

The oldest house in the world is located 5 miles from Medicine Bow. It is the famous “dinosaur house,” made out of 100-million-year-old fossil bones from nearby Como Bluff. Many of the great dinosaur fossils on display around the world came from that area in the 1890s.

Near my hometown of Lander is the famous Sinks of the Popo Agie River. The river goes into the side of the canyon and reappears a quarter-mile downstream. More water comes out than goes in, which indicates there are many other sinks in the surrounding area. A state park surrounds this amazing site.

Periodic Spring near Afton is another of these remarkable water sites. Hot springs in Thermopolis, Saratoga, Jackson, Dubois and Fort Washakie are oddities, in their own rights.

Between Cheyenne and Laramie is the Ames Monument, celebrating two brothers who were instrumental in building the transcontinental railroad. The monument, a huge pyramid, is built near the highest point of the railroad line. It is 60 feet high and 60 feet square. It is easily accessible.

In the same area along Interstate 80 is the towering statue of President Lincoln. It signifies the highest point of the Lincoln Highway, which was the first transcontinental road in the U.S.

Fossil Butte is a national historic site near Kemmerer. There you can see ancient fish fossils that are millions of years old.

There is a new state park north of Cheyenne that is an old nuclear missile base — a relic of the Cold War.

The Heart Mountain Interpretive Center between Cody and Powell shares stories from the internment camp where U.S. citizens of Japanese heritage were locked up during World War II.

Between Greybull and Shell is the amazing Red Gulch Dinosaur Tracksite. Real tracks of dinosaurs found there have been preserved for millions of years.

The Vore Buffalo Jump near Sundance along Interstate 90 is well worth the trip.

A few of the wonderful forts to see in Wyoming include Fort Laramie, Fort Washakie, Fort Bridger and Fort Caspar.

The Big Horn Medicine Wheel is a national historic landmark and well worth visiting high in the mountains above Lovell and Sheridan.

There are also various rock arrows around the state that seem to point to the Medicine Wheel, including ones near Jeffrey City, Greybull and Meeteetse.

Two places that seem to defy gravity are Gravity Hill on the Casper Mountain Road and the highway through Wind River Canyon between Shoshoni and Thermopolis. Gravity Hill makes you think the ground is level but if you stop your car in the area, it will roll forward. In Wind River Canyon, you swear the river is flowing uphill as it flows north because the massive canyon walls are tilted at odd angles.

Just north of Rock Springs is the amazing Boar’s Tusk, which juts out of the desert floor. You can see it from 40 miles away.

Around it are the equally amazing Killpecker Sand Dunes. If you have not seen these, you need to. There is also a spectacular petroglyph site there. You can also find hand holds carved into the soft rock where Native American women gripped while birthing their babies centuries ago.

Several amazing sites in Wyoming are not very accessible. To see these, you better be rich or fit. I doubt if I will be able to see them in my lifetime, but I hope that you may.

Looking for evidence of space aliens? There are huge rocks balanced on three little rocks in at least eight places deep in the Wind River Mountains. I have seen photos of them and they are called “Dolmens.” It would take a very big forklift to create these oddities. And the fact there are at least eight that are similar rules out accidental creation by glaciers. Again, you need a guide to find them.

In the mountains around Thermopolis there is an odd round formation, which does not look naturally created by Mother Nature. Leading up to it is an old rock ladder, which has the appearance of being man-made, although it is eroded and very old. I have seen photos of it and it looks plausible to me.

This is just a small smattering of Wyoming’s sights and sites. People can send other oddities to bsniffin@wyoming.com. I intend to compile more in the near future. We have only scratched the surface here.

(Bill Sniffin, a longtime journalist in Lander, has published six books. You can find more stories by Sniffin by going to www.CowboyStateDaily.com. Check out additional columns at www.billsniffin.com.)