The number of Park County residents actively infected with COVID-19 has dropped over the past two weeks, but the county’s health officer warned that the trend could reverse. 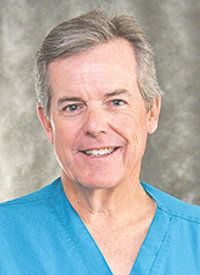 The number of Park County residents actively infected with COVID-19 has dropped over the past two weeks, but the county’s health officer warned that the trend could reverse.

As of Wednesday, there were 177 people with confirmed or probable cases of the disease in the county, basically in-line with the prior week. However, that remains down from a few weeks ago, when there were more than 200 cases.

However, Park County Health Officer Dr. Aaron Billin said Sunday that recent samples taken from the City of Cody’s sewer system found COVID-19 levels that were “higher than they have ever been.”

Billin says wastewater results can serve as an early warning sign of an uptick in infections, having followed a “predictable pattern” during the pandemic.

On Wednesday, there 17 patients were being treated for COVID-19 at Park County’s hospitals, according to state data, with 12 at Cody Regional Health and five at Powell Valley Healthcare. That was down from 22 hospitalizations a week earlier.

The numbers don’t include residents who are transferred to larger hospitals in other counties or states.

Public health officials continue to encourage taking precautions to prevent the spread of COVID-19, including washing hands, staying home when sick and receiving a vaccine. As of Tuesday, 11,566 Park County residents — or 39.6% of the overall population — were fully vaccinated, representing an increase of 79 people or 0.6% from the prior week.

As of Sunday, the deaths of 70 county residents had been tied to COVID-19 since the start of the pandemic in March 2020, coming among 5,066 confirmed and probable cases. That’s an increase of two deaths from the prior week.