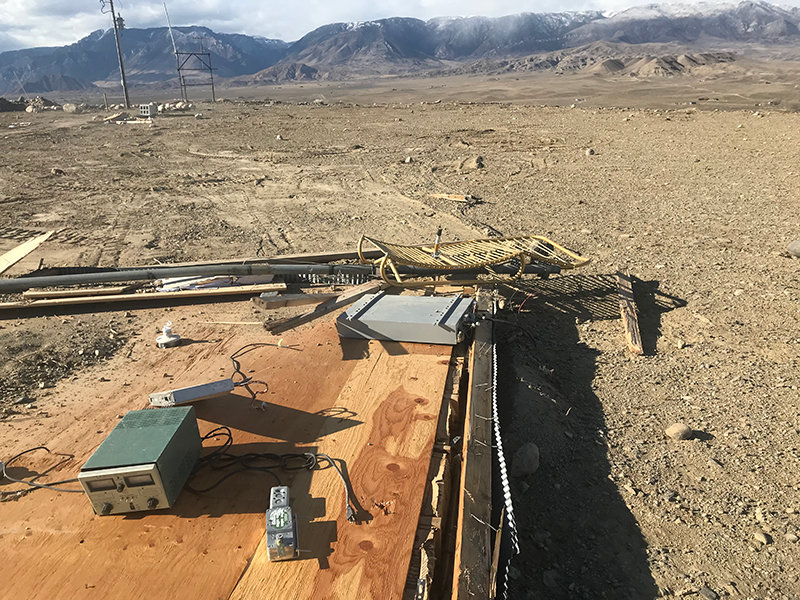 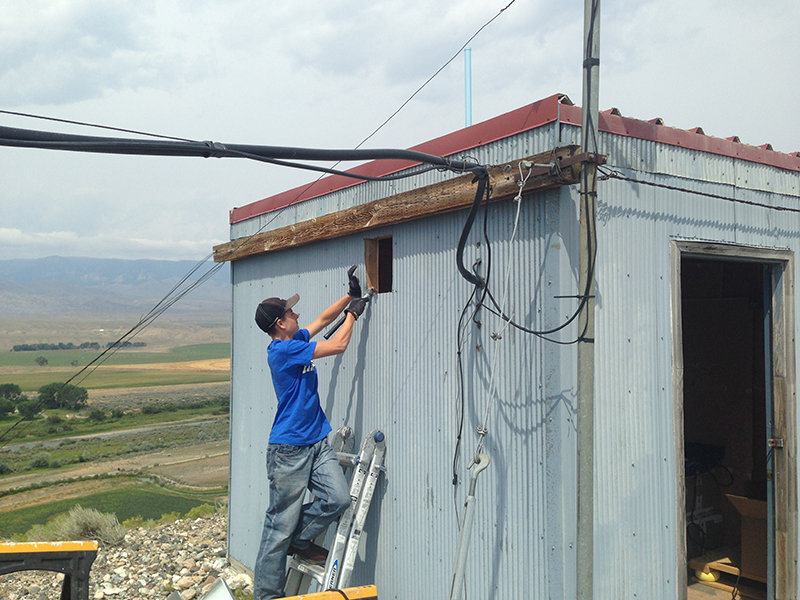 A shed that housed county equipment for a radio repeater in Clark is seen in this file photo — before a Monday night windstorm ripped it from the ground and destroyed it.
Courtesy photo
Previous Next
Posted Thursday, November 18, 2021 8:20 am

Since the incident, first responders have been using workarounds to continue communicating in the area, Conners said, though a Wyoming PBS television signal that was broadcast from the site is out of commission.

The county equipment had weathered many Clark windstorms over the past few decades, though the roughly 8 foot by 8 foot building on skids had lost its roof in a past storm. After that, Conners said, the county had screwed anchors into the ground and attached them to a beam via guy wires. However, Monday’s gusts of up to 120 mph split the thick beam and the building came loose and rolled, he said. That sent debris and fiberglass insulation “all over the place.”

The equipment is located on private property, and Conners said the landowner reported damage to his vehicle and windows in his outbuildings.

A contractor who helps maintain the county’s telecommunications equipment picked up some of the mess on Tuesday, but a bigger crew from road and bridge were needed to get it all, Conners said. County officials have already begun working with their insurer on a claim.