Power has smoothed relationships and stabilized the office during his tenure

After serving as Park County’s coroner for nearly two decades, Tim Power plans to retire at the end of his current term, in early 2023.

It will be the first time in his career that Power …

Power has smoothed relationships and stabilized the office during his tenure 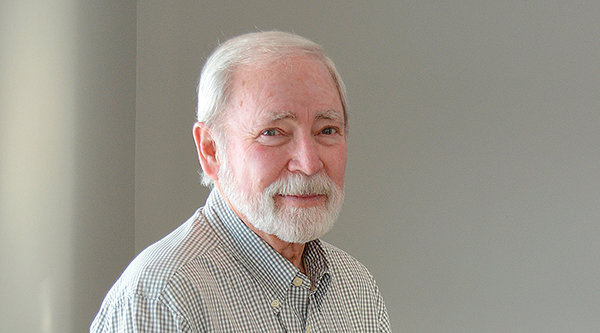 After serving four terms as Park County’s coroner, Tim Power plans to retire at the end of this term. Power helped stabilize the office after a tumultuous period.
Tribune photo by CJ Baker 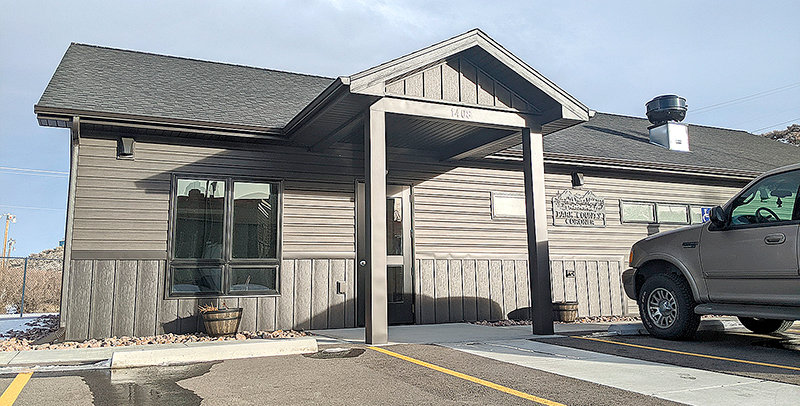 With encouragement from Park County Coroner Tim Power, county commissioners built a new standalone facility for the office, which had previously been reliant on space within local funeral homes. Power thinks it’s best for the office to be independent.
Tribune photo by CJ Baker
Previous Next
Posted Thursday, January 13, 2022 8:20 am
By CJ Baker

After serving as Park County’s coroner for nearly two decades, Tim Power plans to retire at the end of his current term, in early 2023.

It will be the first time in his career that Power — who previously owned and operated Ballard Funeral Home in Cody — won’t be on call for 24 hours a day. It will also be the first time since he was 12 that he won’t have a job.

“It’s going to be interesting for me, because I would just as soon work. I don’t know how not to work,” Power said, “but it is time.”

When Power took office in 2005, he followed a coroner who at times clashed with Park County commissioners and law enforcement while growing the budget. During his tenure, Power trimmed spending and smoothed out the relationships. Whereas his predecessor was once questioned by commissioners about billing too much for calls, Power was once chided for not always billing for his services.

“He has been a pleasure to work with — and I can say that on behalf of our department and I think most other officers in Park County,” said Sheriff Scott Steward. “I mean, he’s just very easy to get along with.”

Steward said what Power has done with the office over the past 18 years has “really moved us a lot further ahead,” specifically mentioning the recent construction of a coroner’s building.

“It’s something that, you know, I don’t think we would have got done without Tim [Power],” Steward said. “And I know he doesn’t like to speak much about himself, but he’s been just super.”

“We’re certainly going to miss him,” the sheriff added.

Power considered retiring at the end of 2018, but was talked into running for another four years. Now, “nobody’s talking me into one more term,” he chuckled. “I’m done.”

At 73 years old, Power said he can’t do the lifting and other physical parts of the position like he used to.

“That affects the job,” he said. “And if you can’t do the job like you should be doing it, then it’s time to get out.”

He said that police officers and deputies have been helping with things like lifting bodies for transport.

“They’ve been just super, super people,” Power said of law enforcement. “Over the years, they’ve been so good, but they’ve really been jumping in and helping these last few months.”

Sheriff Steward offered that Power is “so eager to help and outgoing, that it makes it easy to help him.”

While Power is not excited about retiring, he is looking forward to the phone “not ringing in the middle of the night.”

Although technically not a full-time position, serving as a coroner is difficult, he said, because the work and hours are as unpredictable as death. At his urging, Park County commissioners nearly doubled the position’s pay in 2018 to $40,000; Power was concerned that the low salary would draw few interested candidates.

“It’s still considered more of a part-time job,” he said, “but it’s grown to where it’s more and more.”

Serving as coroner involves investigating the cause of death in cases where a person dies unexpectedly — including apparent suicides, accidents, drug overdoses, in violent circumstances, suspected child abuse or where the cause of death or identity of the deceased is unknown. A coroner needs to be ready to immediately respond at any hour of the day.

“I feel that I’m there more for the family than anybody,” Power said of his role. “They’re in the … worst of circumstances. It’s a difficult time for them and they don’t need the added problems that coroners can create sometimes.”

To assist in determining a cause of death, coroners can order autopsies — which are conducted by physicians — and blood tests, review medical histories and conduct other research. They also spend time communicating with family members of the deceased, frequently fielding calls about past deaths, too.

Power’s 43 years at Ballard Funeral Home gave him substantial experience in dealing with death. And even after selling the business in 2010, he was able to continue to use space in the facility, which saved the county money. But Power said he thinks it’s best for a coroner to have no ties to a funeral home or law enforcement “and be strictly independent.” That’s one reason why he encouraged county commissioners to construct a new coroner’s building near the Cody Law Enforcement Center in early 2021, giving the office dedicated space.

Park County has had a history of funeral home directors like Power serving as coroner and he said there haven’t been issues. But there have been conflicts in other parts of the state, he said.

“One funeral director runs for coroner and gets it and then it is a money thing, and they try to just make sure they handle that coroner’s case [at their funeral home] — which is not right,” Power said. “... then the next time around the other funeral director will win and it goes the other way. And it’s a real problem.”

He’s been encouraging Deputy Coroner Emily Denney of Powell to run for the office and serve as his replacement.

“This past year, she’s really been coming on strong,” Power said, saying he thinks Denney would do well in the role.

Denney, who’s served as a deputy for six years, said she is planning on running for coroner.

“I’m eager,” she said in an interview, “and Tim [Power] has trained me really well.”

It’s possible that others will also run for the office, as the filing period for the partisan position doesn’t officially open until May. The primary election arrives in August with the general election in November.

In the meantime, Power is focused on finishing out his final year in office.

“I always taught my kids and now my grandkids that whatever you start, you finish,” he said.