Cook, a sophomore on the Lovell High School golf team, used to play basketball. She had dreams of becoming a star … 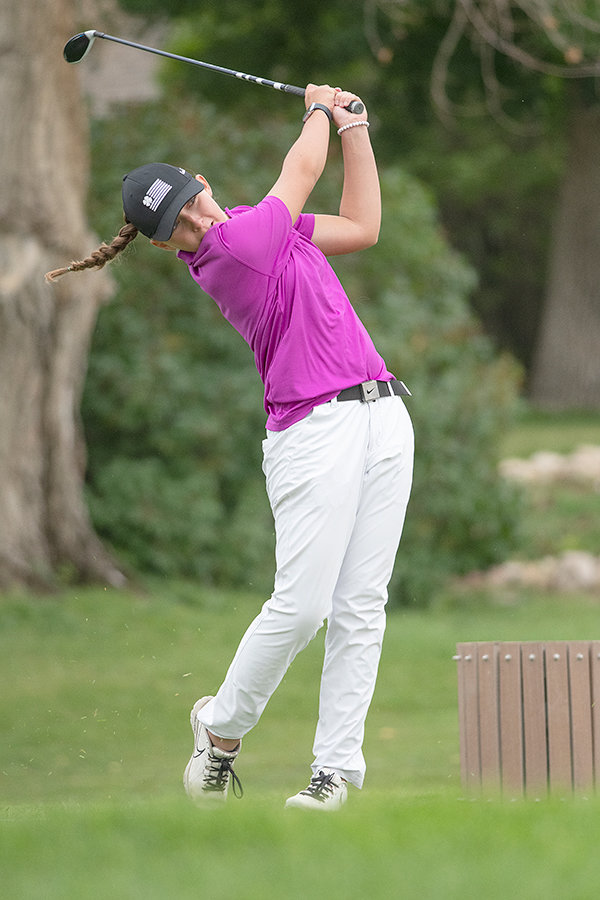 Erika Cook of Lovell High School is one of the best high school golfers in the country. She hopes to play collegiate golf at Duke University after graduation.
Tribune photo by Carson Field 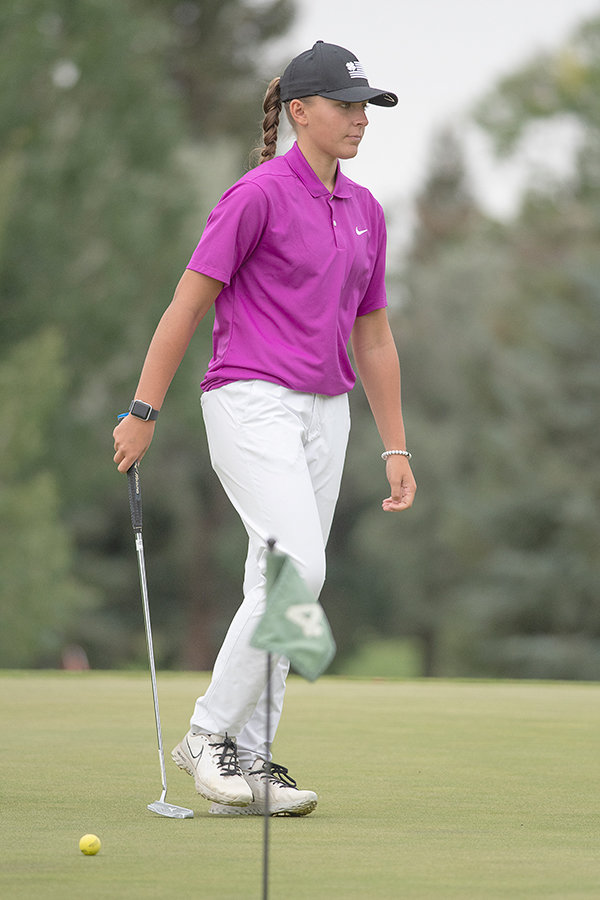 Lovell High School senior Erika Cook often practices two to three hours before she tees off for a round.
Tribune photo by Carson Field
Previous Next
Posted Tuesday, September 7, 2021 8:20 am
By Carson Field

Cook, a sophomore on the Lovell High School golf team, used to play basketball. She had dreams of becoming a star on the court, but an ankle injury toward the end of her middle school career derailed those dreams and forced her into a new pastime.

“I decided to golf,” Cook said. “Now, I don’t play basketball or anything at all.”

Cook has only played golf for a little over a year and is already one of the best high school golfers in the United States. As a member of Lovell’s team, she won the 2020 3A girls’ individual state title, shooting a 76-80 as a freshman. To start her sophomore campaign, Cook has won her first three tournaments, beating her competition by a combined 39 strokes per event with her worst single-round score being a 75.

It’s not common that someone becomes so dominant at a sport as fast as Cook did. A combination of several practice hours per day and natural athletic abilities has helped her become a star.

“I think it’s both, that I work really hard, but it’s also a little bit of natural talent,” she said.

While Cook dons the blue and black Lovell Bulldog uniforms, Powell has become a second home of sorts for her.

Cook is a Powell Golf Club member, where she currently holds the ladies’ course record — 61. She posted that course-record on Aug. 5, while playing with her cousin, Brandon Burns.

Bogeys were nowhere to be found on her scorecard, and Cook admitted she did everything right that round.

“My shots were close to the pin, and my putting was on,” she said. “And I hit every fairway except for one.”

As someone who doesn’t even live in Powell, Cook finds it neat to be the champion at another town’s course.

“It is funny,” she said. “I come here every day; I like the challenge. The slope is great, and it’s a very nice course.”

But it doesn’t bother PGC club pro Kury Reynolds that someone from out of town broke the record.

“She’s a member here, so it doesn’t matter that she’s not from here,” Reynolds said.

Cook’s dominance in Powell isn’t limited to that immaculate round in early August. She is also the reigning ladies’ club champion. The high-school sophomore shot one stroke below par (143) and finished 29 strokes ahead of second place.

It’s rare for someone so young with less than two years of experience under her belt to be so dominant against older, more-experienced competition.

“It’s awesome — she puts in the hard work,” Reynolds said. “You get out of golf what you put into it. It’s rare that you see a kid that age who dedicates herself like that.”

Cook’s mother, Angie, admitted that she expected her daughter to excel and stick with golf. But she had no idea how dominant Erika would become.

“I really did think it would last,” Angie said. “It did surprise me and still does at how good she is and how much she has changed in such a short time.  Last year during fall golf she was scoring in the 80s and this year in tournaments she is upset with the mid 70s.”

While she’ll still have two more high school seasons after 2021, Cook already has her sights set on the future.

Though she golfs for the Bulldogs, Cook is an online student at Wyoming Connections Academy. This allows her to attend school remotely in winter months — when Wyoming has brutal temperatures.

She plans to live in Mesquite, Nevada, this winter, where she will practice for several hours every day. A town on the Nevada-Arizona border, Mesquite’s temperatures often sit in the 70s and 60s in December and January. Cook plans to reside with some of her family friends who live in that area.

Later on, she hopes to play collegiate golf at Duke University, an elite Division I program that competes in the Atlantic Coast Conference. Cook said she thinks Duke would be a good fit because “their coach (Jamie Green) is amazing and they have a really good program.”

To reach this goal, Cook plans to continue working for hours on end on a daily basis, with a focus on what she thinks is the most important part of the game.

“Short game is the key,” Cook said. “If you ever want to be good at golf, that’s what you do. Every day I’m at this green practicing.”

Reynolds added, “The kid practices two, three hours before she tees off. You get out of golf what you put into it.”