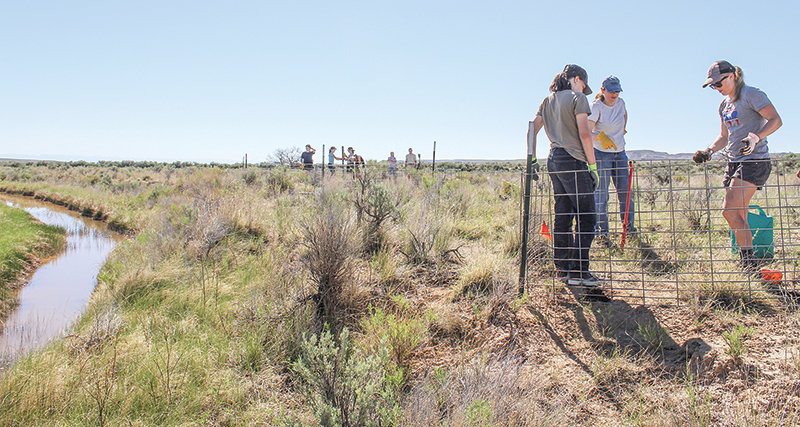 A group of Cody High School students joined forces with the Bureau of Land Management to plant scores of buffaloberry seedlings outside of Cody earlier this summer. The plants should help boost sage grouse habitat.
Courtesy photos 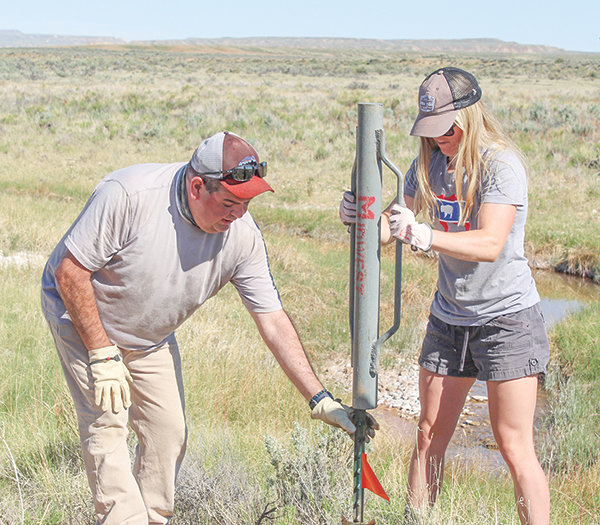 The Buffalo Bill Center of the West’s Youth Advisory Board searched for a conservation project that would address an environmental issue of concern for them — preserving the sage grouse population. The Center’s natural science educator and interpretive specialist, Emily Buckles, reached out to the BLM Cody Field Office to plan a suitable project.

“I mentioned to Emily [Buckles] that forb density is critical to the success of sage grouse chicks before their transition to insects,” said BLM Wildlife Biologist Abel Guevara. The group considered several ideas before deciding on planting buffaloberries in a Greater Sage-grouse Priority Habitat Management Area within the McCullough Peaks Wild Horse Herd Management Area.

The students applied for and received a $500 grant as part of the Smithsonian’s Teen Earth Optimism program. An additional $500 was anonymously donated to match the grant. With the funds, the teens purchased the 2-year-old seedlings, potting soil, soil moisture and sunshade for the planting project. The BLM provided panel fencing to allow the seedlings to grow undisturbed.

On June 3, 10 high-schoolers, youth advisers and BLM personnel hit the sagebrush steppe armed with shovels and seedlings. The 100 silver buffaloberries were planted in two hours. A native wildflower seed mix will be broadcast seeded in the same area this fall to benefit pollinators.

“The kids did a great job and seem to feel a real sense of accomplishment,” Buckles said.