A Cody man found guilty of aggravated assault and battery with a vehicle in an October 2020 wreck was sentenced to 10 to 12 years in prison, following the testimonies of many friends and family … 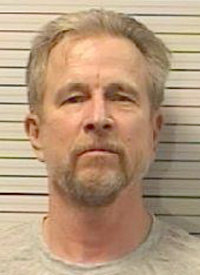 A Cody man found guilty of aggravated assault and battery with a vehicle in an October 2020 wreck was sentenced to 10 to 12 years in prison, following the testimonies of many friends and family members who argued for his reduced sentence.

Kenneth Stone was under the influence of both sleeping medication and alcohol during the head-on collision that injured five, including himself.

Stone had been charged with several felonies in the past, which led the state to charge him as a habitual criminal. The enhanced sentencing guidelines for Stone ranged from 10 to 50 years.

Following the jury’s decision in January and prior to the sentencing hearing, a deal was struck between Stone and the state that would consider only two of his felony convictions in relation to the case: Stone’s destruction of federal property by explosive and his 1997 concurrent felonies including credit card fraud.

Members of the community attended the sentencing to show support for Stone and his family.

Stone’s wife and two sons testified on his behalf, as well as members of his congregation at Cody United Methodist Church. The court also received 54 letters on Stone’s behalf.

Stone’s wife, Annette, spoke to his dedication as a father as well as his preexisting health conditions, which include bilateral hip replacements and chronic pain.

Stone’s twin sons, Keaton and Karston, spoke to the positive example their father had set in their lives, including teaching them the value of hard work.

One member of the Cody United Methodist Church testified to Stone’s character.

“Ken has absolutely no criminal behavior in his character,” said Byron Coleman. “He would never hurt anybody ever.”

Another member of the congregation, Kathy Tetan, said Stone occasionally did “handyman work” for her and used it as an opportunity to teach his sons.

“I understand the law is what it is,” she said. “Sometimes it isn’t what I’d like it to be, but that is the law.”

Pastor Emily Rettinghouse, who has been meeting with Stone, testified that he is remorseful and takes responsibility for his actions. She said that during each session, Stone asked to pray for the victims and their family.

The victims of the crash attended the sentencing remotely. Two victims spoke to the court, stating that while they have suffered physically and professionally, they forgive Stone. They recommended the minimum sentence to the court, adding that they wish him to be able to return to his family.

Both Stone’s lawyer Nick Beduhne and prosecuting attorney Jack Hatfield recommended the minimum sentence of 10 years. Hatfield stated that the testimonies of victims carry “great weight” in the state’s recommendations for sentencing.

Stone has 30 days to appeal the decision in the state Supreme Court.