Cody man on the run from federal authorities

Federal prosecutors are pursuing a series of interconnected cases against four people alleged to have brought a substantial amount of methamphetamine into the Cody area earlier this year. But …

Cody man on the run from federal authorities 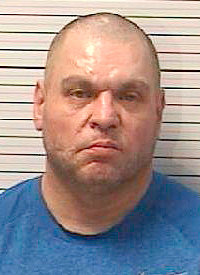 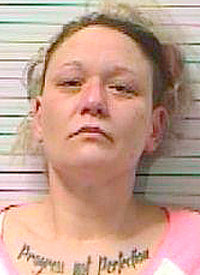 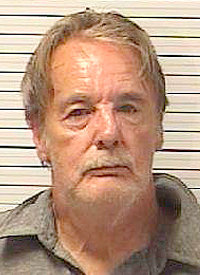 Federal prosecutors are pursuing a series of interconnected cases against four people alleged to have brought a substantial amount of methamphetamine into the Cody area earlier this year. But there’s been a complication, as one of the defendants is now on the run.

Over the summer, the U.S. Attorney’s Office took up the cases against Phillip Dobbins and Natosha Martin of Cody, who were allegedly caught with tens of thousands of dollars worth of meth in March.

The federal government is also prosecuting one of Dobbins’ alleged suppliers, William D. Taylor of Cody, a recent California transplant who was caught with tens of thousands of dollars worth of meth of his own in July. Prosecutors have also charged Sacramento area resident Melissa Walsh, alleging she tried shipping multiple ounces of meth to Taylor in June and July.

Walsh and Taylor have pleaded not guilty to felony drug charges and are awaiting trial, while Martin took a plea deal and was sentenced to federal prison last week. However, Dobbins — the lone defendant who was allowed to be released from federal custody while his case was pending — fled from a treatment program in Sheridan earlier this month and his whereabouts are unknown.

Although law enforcement officers have been seeking to rearrest Dobbins since Oct. 6, “the defendant remains at large,” the lead prosecutor and Dobbins’ defense attorney wrote in a Monday filing.

The 43-year-old Cody resident was the subject of an extensive investigation by local agents with the Wyoming Division of Criminal Investigation that began in 2020. Charging documents say Dobbins unwittingly sold meth and prescription painkillers to both an informant working for DCI and an undercover agent earlier this year, doing so on five different occasions.

Then on March 23, Cody police pulled Dobbins and Martin over as they returned from Colorado. Officers and DCI agents found about 354 grams of suspected meth in the vehicle.

Last week, Judge Freudenthal ordered Martin to serve 37 months in federal prison for conspiracy to distribute methamphetamine. At the Oct. 12 hearing, “the defense asked for [a] lower sentence and because she [Martin] was so cooperative, we did not object,” said Lori Hogan, a spokeswoman for the U.S. Attorney’s Office.

Martin’s prison time will likely be served at a low security facility in either Arizona or California, with Freudenthal strongly recommending that she participate in a residential drug abuse program, court records say. The 37-year-old’s time in custody will be followed by three years of supervised release.

Both Martin and Dobbins initially faced state-level charges, with Dobbins at one point jailed on bonds totaling $115,000.

However, after the federal government took over the cases, U.S. Magistrate Judge Michael Shickich of Casper allowed Dobbins out of custody so he could attend the Volunteers of America (VOA) residential treatment program in Sheridan. Over the objections of the assistant U.S. attorney, Dobbins was released in late June.

The VOA prepared to release Dobbins in late September and his defense attorney filed motions suggesting that Dobbins be allowed to move back to Cody; Dobbins could check-in daily with a faith-based nonprofit and attend treatment and Alcoholics Anonymous/Narcotics Anonymous meetings, his court-appointed attorney wrote in filings, saying Dobbins had both a job and a camper waiting for him.

However, U.S. Magistrate Judge Kelly Rankin, a former Park County Attorney, concluded there were no bond conditions that would reasonably assure the safety of the community or Dobbins’ appearance in court; Rankin cited numerous factors that included: the strength of the evidence against Dobbins; the lengthy prison time he could be facing; prior criminal history and prior failure to appear in court.

On Oct. 5, Rankin ordered Dobbins to turn himself in to the U.S. Marshals in Casper following his release from the treatment program. However, just hours after the judge’s order, Dobbins instead left the VOA and went on the run.

“Attempts to locate the Defendant were unsuccessful,” prosecutor Timothy Forwood and defense attorney Christopher Humphrey wrote in a Monday filing.

Dobbins’ disappearance is being investigated by the U.S. Marshals Office, the government said.

Before Dobbins absconded, the prosecution and defense said they “were working toward a negotiated plea agreement” to resolve the case.