Cody man alleged to have threatened wife with gun

A Cody man who’s prohibited from possessing firearms is alleged to have threatened his wife with a gun during a fight last week.

Andrew Dean Rogers, 58, is charged with felony counts of …

Cody man alleged to have threatened wife with gun 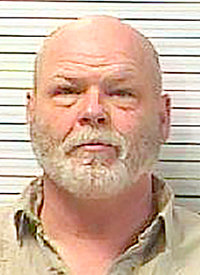 A Cody man who’s prohibited from possessing firearms is alleged to have threatened his wife with a gun during a fight last week.

Andrew Dean Rogers, 58, is charged with felony counts of aggravated assault and use of a firearm by a person convicted of certain felonies plus a misdemeanor count of domestic battery. His wife, 45-year-old Heather Rogers, has also been charged with domestic battery for her role in the March 31 incident. She has pleaded not guilty.

A charging affidavit composed by Cody police mainly records Heather’s recollection of the events as Dean was “unwilling to talk and stated very little.” Dean denied both possessing the firearm and having a physical altercation, claiming an injury on his face was from walking into a wall that day, the affidavit says.

Heather reported that, following a verbal dispute on the night of March 31, Dean moved on top of her and put his hands around her throat. Heather then kicked Dean off of her, at which point he reached under the bed and pulled out a gun.

When she tried to leave the bedroom, Heather said Dean grabbed her by the hair and threw her to the floor. The altercation continued into the kitchen, where Dean reportedly pulled the gun on Heather again after she spit on him.

Heather’s preteenaged child was in the living room and recalled that “Dean came out of the bedroom and Heather followed, tackling Dean. Dean went into the kitchen and when he came out, [the child] noticed a handgun in his pocket,” Officer Jeremy Traverse wrote. “Heather confronted Dean, spit in his face and slapped him.”

At that point, the child said Dean pulled the gun from his pocket, pointed it at the ground and said something to Heather like, “Don’t make me do this.”

The child texted a family member for help. When the family member arrived to get the child, Heather said she used the opportunity to leave and call 911; Dean reportedly followed her outside with the gun and pointed it at her, “telling her not to call the police because he would go to prison,” Heather recounted.

The affidavit says Dean Rogers has previous criminal convictions that include felony aggravated assault, which disqualifies him from possessing a firearm. For his part, Dean claimed to only own black powder guns, which felons are allowed to possess.

His bail has been set at $100,000 and he remained in custody on Wednesday. Heather was also arrested at the scene, but was released on a signature bond the following day. Both Dean and Heather Rogers are prohibited from having any contact with one another while the case is pending.