The gate to the area at the city sewage treatment ponds, which … 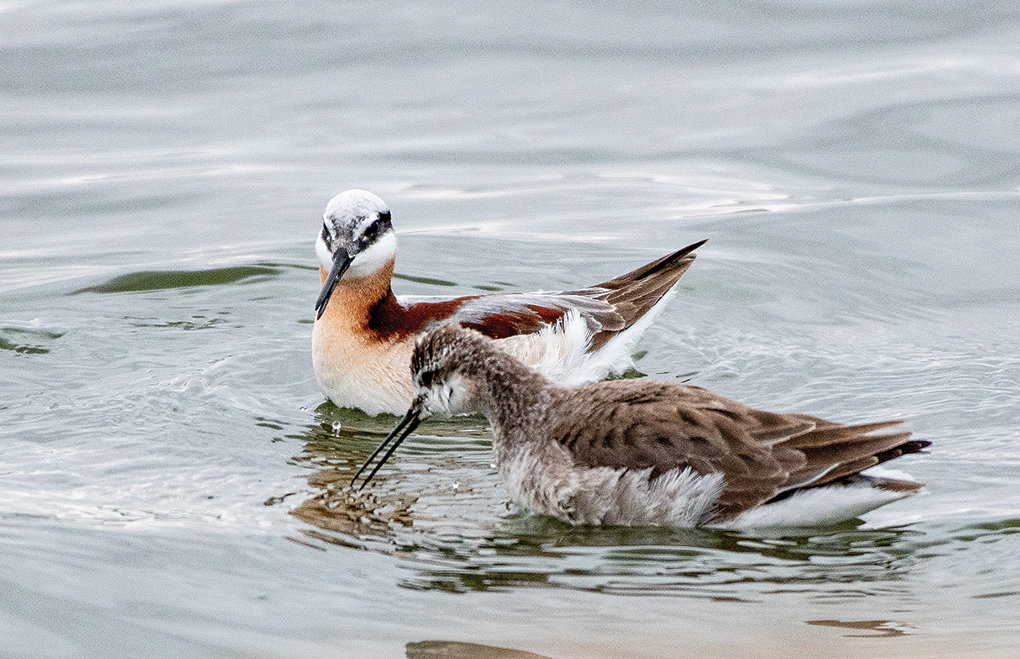 Wilson’s phalaropes feed in the Powell sewage treatment ponds near Road 8 and Lane 7. The species summers in the western part of the U.S. and winters at inland salt lakes near the Andes in Argentina. The city’s only designated birding area, on the west side of the facility, has been closed due to liability concerns.
Tribune photo by Mark Davis 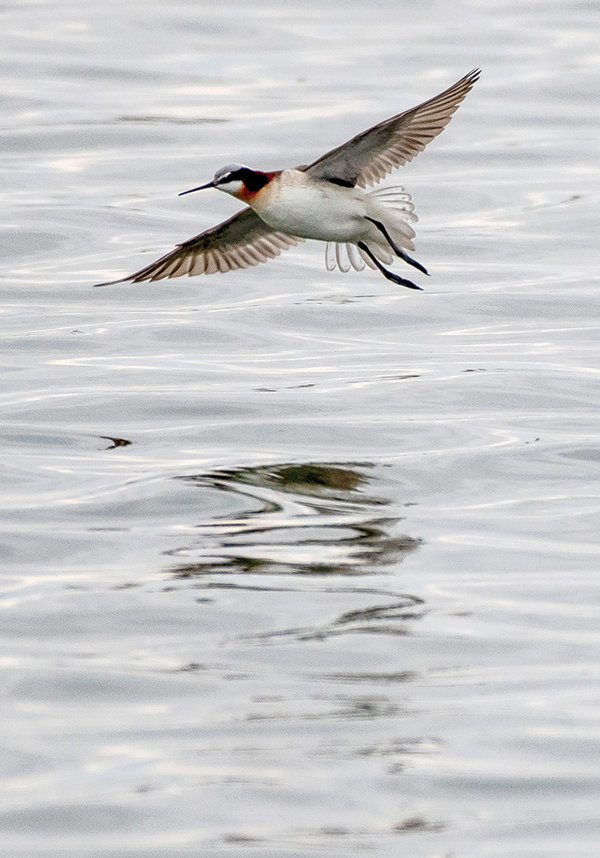 The gate to the area at the city sewage treatment ponds, which included park benches and an intimate view of migratory birds on flat water, is now permanently shut and there is zero access to the public, said Powell City Administrator Zack Thorington.

Powell Waste Water Superintendent Ty McConnell said he brought the issue to the city council late last summer or early fall after the Wyoming Department of Environmental Quality questioned the public access during a sanitary facilities survey. McConnell said the access could affect the city’s liability pool insurance and if somebody were to fall in a pond, it would be bad.

The bird watching area was originally opened to the public in 2016. The city used a little funding to repurpose a gate on the west side of the ponds, add some signage restricting access areas and a mailbox containing information and a sign-in sheet.

It became an important area to view waterfowl, including rarely seen white-faced ibis, Wilson’s phalaropes, peregrine falcons and numerous species of ducks, geese and shore birds. Area birder John Campbell said the access area was a “rich resource” for recreation and science, especially for “seniors with a need for easy access points to recreation” in Park County.

Campbell, a retired Northwest College professor, is one of the few birders in the eastern portion of the county working with the Cornell Lab of Ornithology providing counts and species spotting. The sewage ponds provide flat water for migratory birds and has been the number one source for Campbell’s volunteer work.

The data is important in identifying trends used to determine bird species that may be struggling and deviations in range as the climate changes. Campbell said he understands the city has a thin budget and that access could affect insurance rates, but said there are other risky activities on city property with liability issues.

“Those using the area had no reason to get close to the edge of the ponds,” he said.

The city reported one complaint, back in 2016, of three missing weed hooks. Otherwise, the little-known access area was visited infrequently and mostly by a small group of birders seeking solace or doing research. McConnell suggests watching the birds from outside the fence at the ponds or frequenting other public access areas.

There are other resources with flat water features in the area, but none as convenient. The closest is Ralston Reservoir, but the water is a long way from the viewing facility and getting to the water’s edge is a bit of an adventure, Campbell said. McConnell pointed out there is access to the Shoshone River, though moving water is less appealing to migrating birds.

Viewing birds in the ponds from the road is difficult due to the banks of the ponds being higher than the road. While the gate has been closed for months, it is just now coming to light as spring viewing ramps up.

“It’s a loss for both recreation and science,” Campbell said