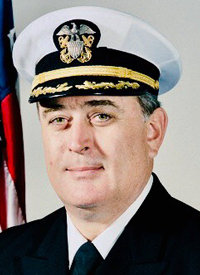 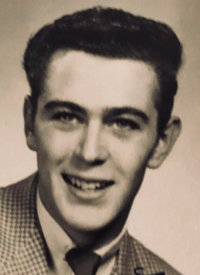 Charles was the son of Frances Lenore (Glenn) and Edward Leroy Staehle of Powell. He was the husband to Margaret (Allen) Duvall for 19 years, and husband to Ruth (Surgeont) Staehle for 38 years. Charles was father to Cynthia Marie Staehle Moody and Mark Allen Staehle, and stepfather to Robert Allen Bew, Deborah Ann Bew Liu, and D. David Bew. He was grandfather to Adam and Emma Staehle, Kayla Bew, and Delphine, Endymion Ashton and Clemens Liu, and he was half-brother to both Betty (Staehle) Revard and Carol (Amick) Mack. Charles was first cousin to Jimmy Stebner and Jay Glenn of Bozeman, Montana.

“Mike,” as he was called, loved the mountains of his home territory, where there was “simplicity of life and sincerity of purpose.”

He enlisted in the U.S. Navy in 1956, and served on diesel submarines. He attended the University of Oklahoma, was commissioned as an officer in 1963, became Pilot #12 on the Trieste II bathyscaph in 1965, and in 1966, he attended Navy Diving and Salvage school. He continued to serve in the Navy Reserve until retiring as a Captain in 1987.

After moving to Florida in 1982, Mike and Ruth met through boating and later participated in the Rhode Island to Bermuda race together. In 1984, Mike founded Submersible Systems Technology, Inc. in Riviera Beach, Florida, where he designed and built deep submersibles; he is listed as a noteworthy marine engineer by Marquis Who’s Who.  Mike was a master mason.

Mike deeply loved his family and friends, remarking recently that to “live, love and leave a legacy is what counts.”