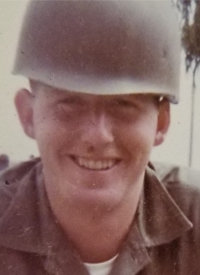 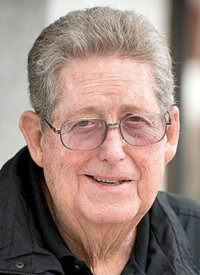 Overlooking the magnificent shores of the Pacific Coast stand groves of ancient and majestic Sequoia sempervirens. Redwoods are the tallest trees on earth yet not one can survive alone. They thrive only in family circles with intertwined roots growing so wide and strong that stability even during the most powerful storms is assured and nourishment is continually shared. Redwood trees take care of each other.

When Chuck realized that his ordained days on earth were ending, he spoke with his wife, all his children, grandchildren, and great-grandchildren, assured us of his unending love, and reminded us to always take care of each other. Like the redwood trees he delighted in, taking care of each other is something Chuck intentionally grafted into the generations of our family culture.

Chuck would be quick to tell anyone that the source of his love, hope, wisdom and “eternal optimism” was his faith in the Lord. He became a follower of Jesus Christ as a child through the kindness and discipleship of those serving at Boys’ Christian League in Arcadia, California, and remained a devout believer his entire life. The men at BCL (now Kare Youth League) taught him who he was in the Lord, that he was created with a purpose, and that he could help others along the way. They also nourished his love for team sports and equipped him for his calling to coach youth football for the next 30 years.

Chuck was captain of the football team at Duarte High School when he eyed a beautiful girl on the drill team named Lila Jean Crandell. He followed his coach‘s advice to pursue the girl with the wholesome reputation, and married her on April 2, 1966. A few months later, Chuck was drafted into the U.S. Army.

His ability to type and the technical skills he learned growing up around his dad’s TV and radio repair shop filled an immediate need for boots on the ground in Vietnam. He served as a communications Specialist and was in Saigon during the January 1968 Tet Offensive. Chuck long suffered a lifetime of physical ailments due to regular dousing of Agent Orange inflicted on him while serving his country, and was awarded 100% service-connected disability status by the VA in 2012. Our family extends its gratitude to the Sheridan, Wyoming, VA Family Caregiver Program staff and others who honored his service with excellent support, respect, and kindness.

Chuck and Lila’s firstborn son Randy was born in 1967, eight months before Chuck returned home from Vietnam. In 1969, they welcomed daughter Kimberlee.

A passion for growing and cultivating was planted early in Chuck’s heart and so he began his career at the L.A. County Arboretum. While there in 1972 he developed three rex begonia varieties including the “Lila Jean” and “Hawaiian Freakout” still displayed in the Arboretum‘s Tropical Greenhouse which Chuck designed and installed.

Many gardening clubs in the San Gabriel Valley invited Chuck to speak and teach at their events and through this community service, Chuck discovered his love for teaching. Through the G.I. bill he earned his bachelor’s and master’s degrees and became a professor of horticulture and forestry and later Dean of Agriculture at Mt. San Antonio College in Walnut, California. He believed fervently in the value of vocational education and through counseling students and facilitating matriculation programs he helped hundreds of students complete their educations with clear career direction. Many times over the years he would run into former students who would thank him for his help in guiding their educational and career paths to places like Bellagio, San Diego Padre Stadium, Santa Anita Racetrack, the Rose Bowl and Dodger Stadium.

Among his most treasured achievements was bearing the title of Ag Teacher and his wall full of appreciation and honorary plaques he was presented over the years for his immense support of 4-H and FFA. Mt. Sac’s 300-acre farm became a playground and classroom for our family and nurtured the inborn fondness that Chuck and his children have for agriculture. This passion has continued through our generations and Papa wholeheartedly shared his wisdom and made sure all his boys had tractors to help fulfill their dreams.

No one ever had to ask Chuck twice if he wanted to take a road trip. He loved to get lost exploring and especially enjoyed the diverse beauty of his home state of California while regaling his family with botanical names of plants and trees and tidbits of history which often somehow related to the role our previous generations of Hewitts and McFarlands played. He connected us solidly to our earthly and heavenly heritages and strengthened our purpose by walking through life always faithful, quick to forgive, looking forward, never doubting, truly trusting, and refusing to quit. Countless times we were reminded of his life’s motto, “I can!” and “Hewitt can do it!” inspired by his life’s verse, “For I can do everything through Christ, who gives me strength.” (Philippians 4:13 NLT)

We describe him as possessing True Grit which was most evident in his physical strength given the ailments and chronic pain he overcame and persevered daily. We will not pay credence to the lengthy list of infirmities he faced because he did not allow them to define him and chose to cheerfully glorify God with every single one of his 27,509 days. Those days were multiplied when divine provision came from his brother, Robert, who literally laid down his life for his brother in 1991 and gave him a kidney. The magnificent kidney functioned perfectly right up until the day Chuck walked into Heaven. Thank you, Uncle Bob, because of your priceless gift, Papa knew his great grandchildren.

Chuck and Lila poured themselves out to raise their children and then, the Lord called them into their next adventure — marriage and family ministry — that would be their primary mission for the rest of their time together. Chuck and Lila lived and breathed the wise counsel of the Holy Spirit and were the vessels He used to rescue so many marriages in their sphere of influence and on missions trips to Nicaragua, Philippines, South Korea, Russia and Siberia.

When he retired from Mt. Sac, timing was perfect for he and Lila to step in with their education career experience and hearts bent towards families as Principal and Administrator of New Jerusalem Christian Academy in Phelan, California, where they served homeschool families for many years. Little did they know how their love and counsel to multitudes of couples and families would exponentially increase the size of their own family, blessing them beyond their imaginations with many dearly beloved spiritual children and grandchildren, including Raymond and Bonnie Millar, Aaron and Angela McGinty, Mike and Terri Leathers, Robert and Cheryl Boone and Roy and Kelly Eckerdt.

Always game for a new adventure and road trip, Chuck eagerly took his bride’s hand, jumped on the wagon train with Kim’s family and headed to the Cowboy State in 2006. He found himself right at home in an agricultural community and stepped up to serve as the City of Powell Arborist/Parks Superintendent from 2008-2013. One of his favorite aspects of horticulture, alongside his coach’s heart, was sports turf management and he was incredibly pleased to renovate many of the athletic fields in Powell.

A devoted public servant even in retirement, Chuck became Chaplain to the Powell Police Department, Wyoming Highway Patrol, 72nd New York Excelsior Brigade Reenactors of the American Civil War in northern California, and Yellowstone Regional Composite Squadron of Civil Air Patrol. He also served on the Board of Directors of Yellowstone Behavioral, the Ethics Committee for Powell Valley Healthcare, Grace Point’s Elder Board and as President of Powell Ministerial Association.

While our baby boys ran to him and wrapped their arms around Papa’s neck, he was also greeted by his parents Fred and Louise (Carey) Hewitt, Lila’s parents Bernie and Thelma (Schambers) Crandell who loved him as their own, and his little sister Jeanie Greeran. He is also survived by his siblings Terry and Gary Milwood of Monroe, Georgia, Linda Eiselein of Coos Bay, Oregon, Jerry Greeran of Wrightwood, California, Robert and Janice Hewitt of Idyllwild, California, and many other dear family members and friends.

The interment took place on Oct. 19, 2021, following a hero’s escort to Crown Hill Cemetery in Powell by many of those first responders who had lovingly cared for Chuck as he continually battled physical deterioration and whom he had dearly loved and served as Chaplain. Our family is eternally grateful to the entire Powell health and safety community for the quality of life you worked so hard to help him maintain even to his very last breath, and we will forever adore you.

It is heart wrenching to close this chapter on the life of an exuberant man of God like our Papa. You were a tower of strength and shelter for our family, and we will take care of each other, just as you have asked, just as you taught us, and just like your redwoods. When the parent trees die, the young redwoods continue to grow in the family circle shielding, stabilizing, and nourishing each other through their roots. Redwoods take care of one another. It takes a forest to raise a mighty redwood. Redwoods are stronger together. (Sempervirens Fund).

A memorial with military honors is scheduled on Jan. 4, 2022, at Grace Point in Powell at 2 p.m., followed by a reception. The service will be livestreamed and recorded online on the Chuck Hewitt Remembrance perpetual memorial at facebook.com/groups/ChuckHewittRemembrance.