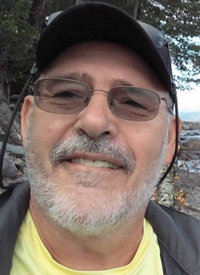 Brian Dale Cline was born on April 9, 1951, in Rawlins, Wyoming, to Charles “Bud” Cline and Lillian Cline. He passed away unexpectedly on March 10, 2022, just a month shy of his 71st birthday.

Brian was preceded in death by his father Charles Cline.

Brian grew up on the family farm in Emblem, Wyoming. He attended the two-room school in Emblem through the eighth grade. Brian and his family attended and were active members of the Zion Lutheran Church in Emblem. He graduated in 1969 from Greybull High School where he excelled in academics and sports. He went on to study at Casper College and Eastern New Mexico University.

Brian was at the forefront of the computer revolution, as a founding partner of a construction software company. Additionally, he owned a computer integration company, was a financial planner, an investment broker, a real estate developer and director at Florida Movie Festival.

Brian had an unmatched sense of humor. In his spare time, he was an avid reader and a very enthusiastic sports fan whether watching professional sports or cheering on his children and his grandsons. No one who met Brian could forget his infectious passion for playing and teaching pickleball.

He enjoyed travel and never met a stranger. Brian Cline left this world a better place. His loved ones shall miss him and honor him in their memory every day.

A celebration of life will be held at a time and place yet to be determined. Brian’s children and grandchildren plan to take his ashes to Wyoming, where he grew up, this summer.