The cash bond for Rehiem Williamson, who is wanted in Lauderdale County, Alabama, for alleged second degree rape, has been reduced from $20,000 to $5,000.

Williamson had been working in Canyon … 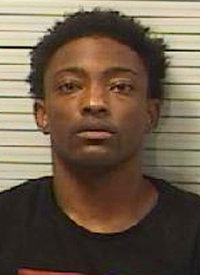 The cash bond for Rehiem Williamson, who is wanted in Lauderdale County, Alabama, for alleged second degree rape, has been reduced from $20,000 to $5,000.

According to Detective Brandon McCorkle of Florence, Alabama, who is investigating the alleged rape, the report of the crime was filed May 26. The Lauderdale County Sheriff’s Department issued a warrant for Williamson on June 07.

Eichele had concerns that once on bond, Williamson would be responsible for reporting to Alabama without police escort.

Williamson appeared in court virtually on Tuesday after declining to sign an extradition waiver. Smith argued to have Williamson’s bond drastically reduced on the grounds that a bond must be a reasonable amount with the exception of certain charges such as first degree murder. Smith originally suggested Williamson’s bond be reduced to $1,000 cash.

“There is no affidavit of probable cause here. We basically just have the warrant and the complaint,” he said.

Darrah reduced the bond to $5,000 saying he did not want to “cut him off at the legs,” and was concerned about Williamson spending unnecessary time in the Park County Detention Center; however, he clarified that he wanted to make sure that the bond provided enough security.

Williamson has a review hearing scheduled for next week.