Assembly is essential to the Christian faith

I think most of us would agree that we are living in interesting times. I have seen a great deal in my short sojourn here, but I never thought I would see my nation in the state it’s in now. …

Assembly is essential to the Christian faith 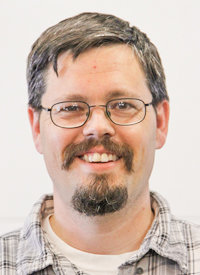 I think most of us would agree that we are living in interesting times. I have seen a great deal in my short sojourn here, but I never thought I would see my nation in the state it’s in now.

We live in a time when the healthy are quarantined, the guilty are set at liberty, looters and rioters are heralded by media as heroes, people get bullied for simply saying they can’t agree with disrespect to the American flag, saying there is only one human race is somehow racist, a majority of the city council in one of our major cities has announced its intent to disband its police force, and talking heads, celebrities, and politicians who either flatly deny the Christian faith or haven’t darkened the door of a church in decades presume to tell Christians just what it is that they believe. It is this last item of interest that I wish to address.

The culture at large has slowly come to the place of believing that a person can be a Christian without regularly gathering together with other believers in worship and fellowship. This is just not the case. The Christian faith is an assembling faith. The very word church in the Greek is “Ekklesia” which, in the ancient Greek, denoted a group called out to come to the assembly. Assembly is in the name. There is no church if there is no assembly.

Of course, if God chose to call his church by a word that means “a called assembly,” his intent should be self-evident. However, he also flatly and clearly tells Christians, “And let us consider how to stir up one another to love and good works, not neglecting to meet together, as is the habit of some, but encouraging one another, and all the more as you see the Day drawing near” (Hebrews 10:24-25, ESV).  The “Day” scripture is referring to is the Day of the Lord or Day of Judgment. It is the day when, as Johnny Cash put it, the Man will come around.

We live closer to the Day of the Lord than the early church did. Therefore, if anything, the command is more pressing in our time than in theirs. However, they left us an example of assembly that cannot be denied or ignored. “They devoted themselves to the apostles’ teaching and the fellowship, to the breaking of bread and the prayers” (Acts 2:42). This is the same thing the assembly does today. Can one really have fellowship and break bread together over Zoom?

As more and more Gentile (non-Jewish) people answered the call to come out of the world and join the assembly of the saints, they met Sunday mornings before they went about their daily duties or jobs since many, if not the majority, were slaves and the Roman Empire did not recognize Sunday as anything special. Every Sunday was a sunrise service. Imagine that!

When real persecution started, they did not abandon the assembly. Instead, they risked death to meet for worship and fellowship. When the barbarians invaded the western empire, the church did not cease to come together. When the bubonic plague wiped out a third of Europe, the church bells still rang as people gathered to pray to God for an end to the plague. Further, when smallpox ravaged the Native American populace in the East, it was the Christian Pilgrims who risked death to care for them (a little fact that you will not learn in college anymore).

I expect that non-Christians wouldn’t understand why Christians would risk death to assemble. I get that, but I don’t expect them to tell Christians that it isn’t necessary to their faith. Much like God didn’t say you shall not steal, unless it’s from someone you disagree with (check out Exodus 23:4); he didn’t say don’t neglect to gather together, unless the world would prefer you didn’t. Zoom meetings and online sermons are not a substitute for the assembly.

It is in the assembly that we hold one another accountable (Galatians 6:1) and receive instruction from the shepherds who keep watch over us (Hebrews 13:17). It is there that we receive prayer and encouragement. It is there that the saints come before the throne of God to implore him to move heaven and earth for the sake of their suffering country. Most importantly, it is in the assembly that we “proclaim the Lord’s death till he comes” (1 Corinthians 11:26) through the celebration of the Lord’s Supper.

Various churches may have different views on how often communion should be served or the nature of communion itself, but no Christian church can possibly deny the command of remembering the cost of our salvation and celebrating our unity with Christ and with one another through his body broken for us and his blood that was poured out for us. Our faith is not only an assembling faith; it is a tangible faith that compels us to see, to hear, to touch, to taste, to smell, and to feel. The God who drew near to us compels us to draw near, not only to him, but to one another. One may deny that reality, but if they do, they are not a Christian, for those who love the Lord are those who keep his commandments (John 14:15).