Another perspective on the Nichols matter

The UW Board of Trustees was faced with a very difficult decision about whether to enter into a new three-year employment agreement with former President Laurie Nichols. According to the public …

Another perspective on the Nichols matter 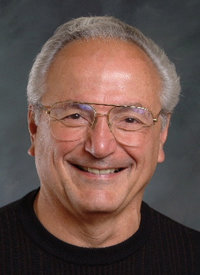 The UW Board of Trustees was faced with a very difficult decision about whether to enter into a new three-year employment agreement with former President Laurie Nichols. According to the public record, the terms of a new agreement, including compensation, were negotiated with Dr. Nichols, but the final agreement had not been signed by the parties.

After the terms were negotiated, the UW human resources (HR) director received a report from a UW employee that Dr. Nichols was extremely verbally abusive toward her during a meeting in Dr. Nichols’ office. This report was consistent with a similar report received by the HR director a few months previously. Because of the severity of the alleged conduct, the HR director contacted the president of the Board of Trustees. Subsequent internal interviews by HR uncovered additional reports of abusive behavior by Dr. Nichols. Consequently, the trustees decided to hire an investigative firm UW has used successfully before, that specializes in HR/employment investigations, to do a preliminary, independent investigation.

Reporting states that there was a conference call between the trustees and the investigators on March 13. Although the content of the call is not described in the reporting, subsequent events make it clear that the preliminary investigative report confirmed allegations of abusive behavior and the creation of a hostile work environment by Dr. Nichols. As a result, the trustees concluded they had no choice but to reconsider their decision to enter into a new employment agreement with her.

As a member of numerous private and public corporate boards of directors during my nearly 40-year career as a professional investor, and having been involved in replacing CEOs, I know from experience that a board of directors almost never wants to change CEOs. It is always a very difficult decision, almost always a very close call, sometimes emotional and always disruptive to the organization. Usually, board members, consciously or subconsciously, look for reasons to keep rather than to replace their CEO. In this case, the trustees decided, for the good of UW, they should not and could not enter into a new agreement with Dr. Nichols.

Although reasonable people may disagree about the way the trustees informed Dr. Nichols that they were not going to renew her contract, there is nothing in the public record to indicate that it was anything other than an excruciatingly difficult decision.

There is nothing in the record to remotely suggest that the trustees made their decision because Dr. Nichols is a woman or that they would have made a different decision if she were a man. It is an insult to the trustees and, especially, to the three very accomplished female trustees, to suggest otherwise.

Having made the difficult decision not to renew Dr. Nichols’ employment agreement, the trustees were faced with an almost equally difficult choice between transparency and maintaining confidentiality for the protection of their employees, including most notably, Dr. Nichols. Even though they knew transparency was an easier, less controversial course of action for them, they decided to protect their employees by maintaining confidentiality. They were sued, they continued to believe their decision was the right one, so they defended themselves, they lost the litigation, they accepted the judge’s decision, they released the information required by the judge and they explained, in cogent and reasonable terms, why they chose confidentiality.

Reasonable people may disagree with the decisions the trustees made, but there is nothing in the record to suggest that they made those decisions for any reason other than what they thought was in the best interest of UW. Now, instead of celebrating the fact that our system of checks and balances worked and moving on, some in the media and some in the community are questioning their motivation, their intentions, their competency and even the constitutional framework by which they are appointed.

And, most recently, because of the Nichols matter, the Legislature has decided to require the trustees to spend $500,000 to $1 million (in the face of media criticism that they spent $42,000 to defend themselves against the media initiated litigation) for a study of their “governance structure and administrative practices.”

There has been zero public recognition of or appreciation for the difficulty of the decisions they had to make. Whether or not one agrees with those decisions, that is not fair to them and it is very bad for the University.