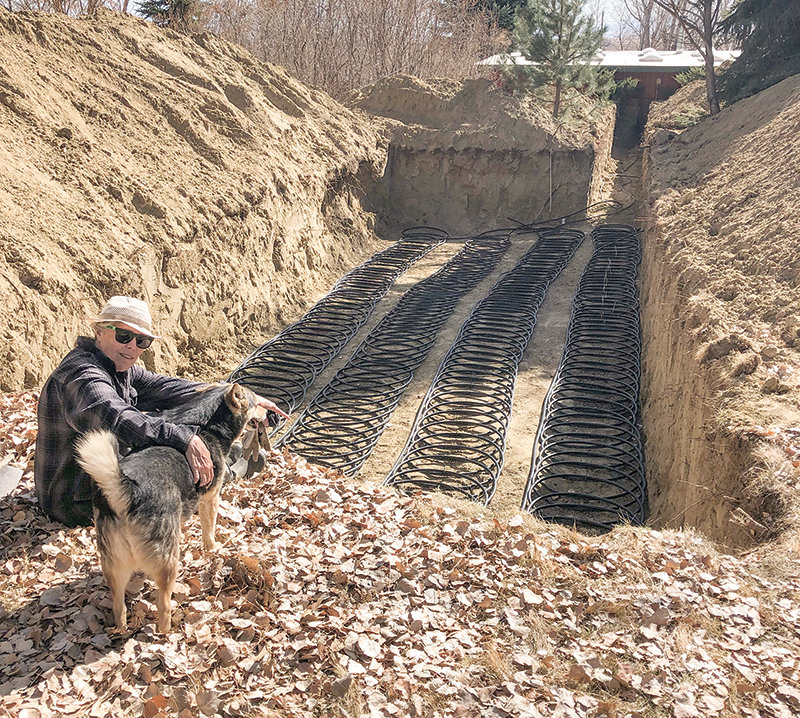 Jerry Rodriguez’s wife Susie Rodriguez sits with their dog Madchen on the edge of trench dug to house the coils for their geothermal heater.
Courtesy photo 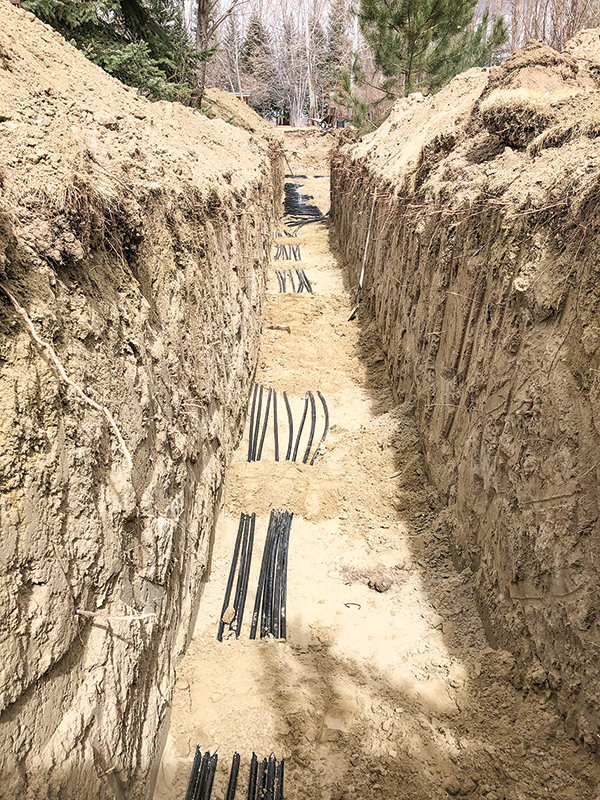 In order to install the geothermal heater Jerry Rodriguez had to dig a trench on his property that is approximately 80 feet long and 6 feet deep.
Courtesy photo 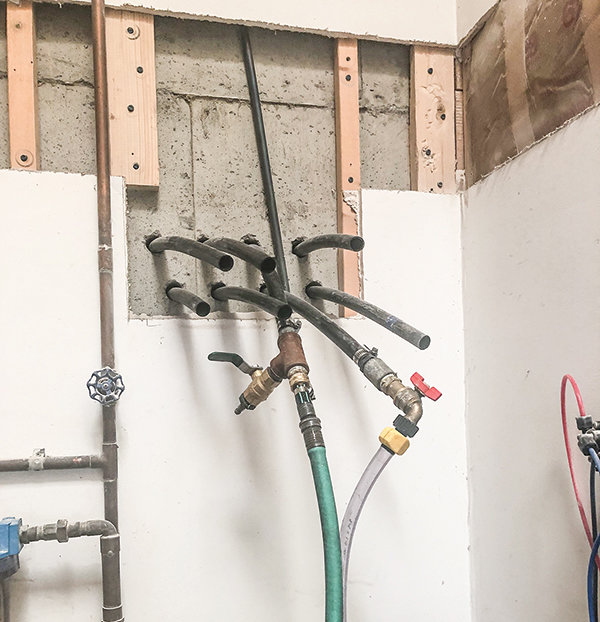 Holes had to be drilled into the walls of Jerry Rodriguez’s house to store pipes and heating pumps.
Courtesy photo 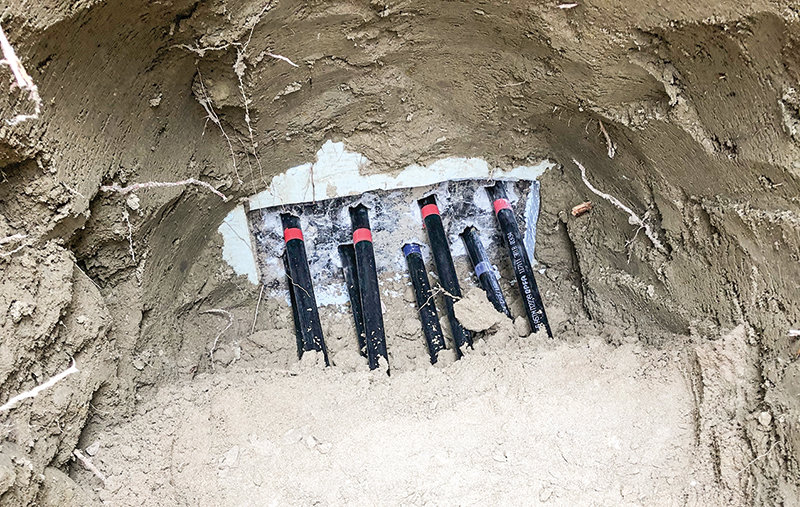 The PVC pipes are filled with fluid that is 25% glycol or antifreeze.
Courtesy photo
Previous Next
Posted Friday, April 29, 2022 8:10 am

Local resident Jerry Rodriguez is working hard this spring to install a geothermal heating system in his home so he doesn’t have to work hard next winter chopping wood.

“I’ve been wanting to put this in for years, and while splitting firewood last winter and being really annoyed with that, I decided to do it,” said Rodriguez, who has been heating his home and art studio primarily with a wood furnace and, as a backup, propane.

“They call it ground source heating. You put PVC pipe in the ground and it’s filled with just fluid with 25% glycol or antifreeze in it,” he said.

Rodriguez is not the first to install a geothermal heating system in the area.  He said Scott Hecht and Ron Elwood both installed systems in the early days of the technology.

Geothermal heating is an environmentally friendly way to heat a home using the ground’s constant temperature. Once installed, a geothermal heating system will last approximately 25 years or longer.

Here in Wyoming, the ground’s temperature stays around a balmy 50 degrees. That may seem cold, but that temperature is only a starting point for the system, which can heat and cool a  home. Rodriguez said it works like a refrigerator, with a heat pump transferring one temperature to another.

Rodriguez ordered the system last April from Ingrams Water and Air, a heating and cooling company based out of Kentucky. The system didn’t arrive until September due to shipping delays caused by the COVID-19 pandemic.

The installation process is intensive, and Rodriguez hopes to have it done sometime this summer. In order to install the system, he first had to determine how many cubic feet he wanted to heat and rate the system accordingly.

He has installed loops of pipe each about 3 feet long, which required digging a trench that is 80 feet long and 6 feet deep. He also had to drill holes in his walls for the pipes and heating pumps, and he now has to build a platform in his studio for the heat and circulating pump.

Rodriguez said that once installed, the system will use no fossil fuels to generate heat.

“The biggest problem [with geothermal heating] is finding the space,” he said.