As the funeral procession for Rogelio “Roy” Salas, Sr., headed to Crown Hill Cemetery on Monday afternoon, it included numerous cars of friends and family. But they were also joined by a … 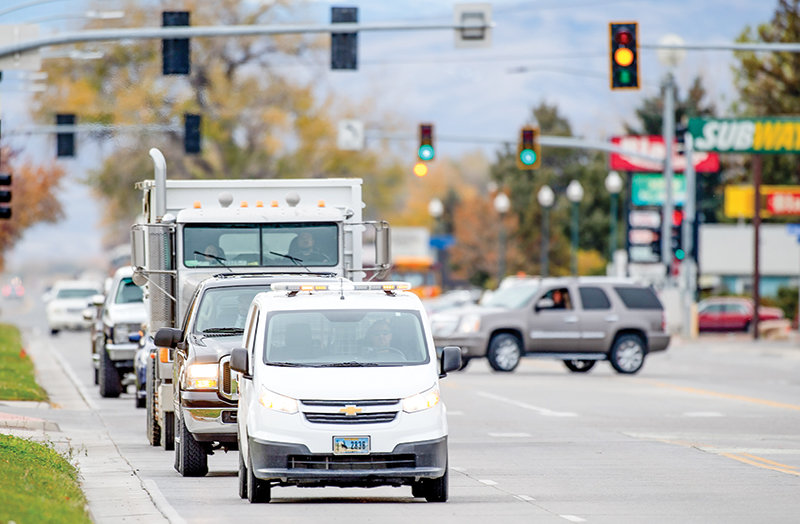 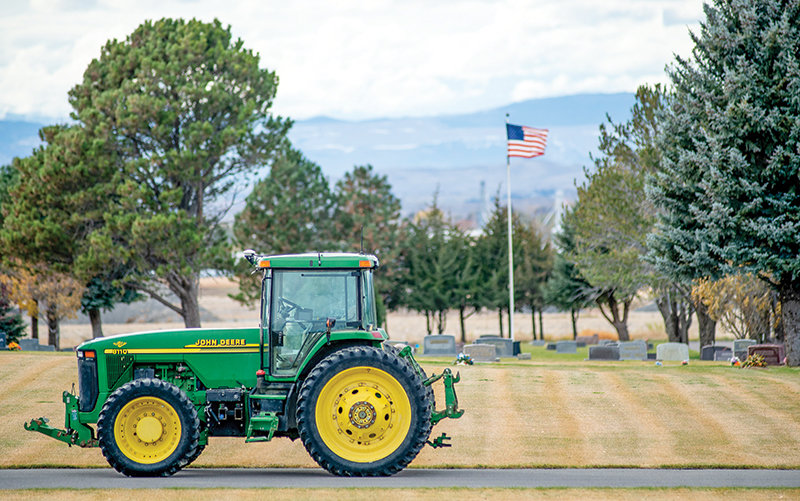 This tractor brought up the rear of Monday’s funeral procession for Roy Salas Sr. — a tribute to his many decades of work in the Powell area’s fields.
Tribune photo by Mark Davis
Previous Next
Posted Thursday, October 28, 2021 8:20 am
By CJ Baker

As the funeral procession for Rogelio “Roy” Salas, Sr., headed to Crown Hill Cemetery on Monday afternoon, it included numerous cars of friends and family. But they were also joined by a pair of beet trucks and a tractor — a striking tribute to the decades Salas worked in the Powell area’s fields.

He spent more than 40 years with Smith Farms, initially for the late Denny Smith and then for Shane Smith.

“All I can say is he was an incredible man,” said Shane Smith, adding, “In all those years, I never saw him with anything but a smile.”

“I can’t point out one time when I thought he was having a less-than-perfect day,” he said, adding that, “things were always going to be OK.”

This fall marked the first beet harvest in decades that didn’t involve Salas — and he was missed by many, Smith said, including the worker at the beet dump scalehouse.

Salas was always the first one to arrive each morning and “she said no matter what, no matter how bad the day was, when he [Salas] came down and walked in the scalehouse, he just brightened your day,” Smith recounted.

Salas, who died last week at the age of 68, never missed a day of work, his children said, regardless of the weather or time of day. Even in retirement, he continued to help out at Smith Farms, faithfully driving a beet truck every fall.

That same truck led Monday’s funeral procession, this time with Salas’ son, Rogelio Jr., at the wheel, and Salas’ wife, Isabel, riding shotgun. A second beet truck and John Deere tractor brought up the rear, representing Salas’ time in the fields as a farmhand.

Salas was a perfectionist when it came to irrigating, skilled at driving heavy machinery, patient in handling sheep and willing to teach others, Smith said.

“In his own quiet way, there was a lot of perfection that he had,” Smith said.

Salas’ four children said their father’s passion for agriculture was a family affair.

“Our dad loved taking his whole family for rides in the beet truck, rides in the tractor, drives out to check sheep, and [to] set siphon tubes during irrigation season,” they said, adding that their father brought a big smile, contagious laugh and great attitude to his work.

Salas’ children added that he was always willing to help out anyone on any of the farms in the Powell area.

“If you needed help, he would be there,” they wrote.

Smith called it “amazing” as to how many people knew Salas, saying he’ll be sorely missed by many. Salas had been hospitalized last month and died on Oct. 20.

“We promised our dad that we would have a parade when he came home,” his children said, “though these weren’t the circumstances we hoped and prayed for, we wanted to fulfill that promise.”

As he drove his father’s beet truck through Powell and east to the cemetery Monday afternoon, Rogelio Jr. gave a series of double honks. Those sounds were also a tribute to Salas, who always honked his horn twice — once to tell his wife that he loved her and the second to say goodbye as he headed to work.

For Salas’ children, it was a fitting tribute.

“We had the best parade for the best dad in the world,” they said.