After ‘medical miracle’ Good back on the ballot

Two years ago, businessman Chris Good filed to run for the Legislature in Powell’s House District 25, but had to withdraw after his wife fell and suffered serious brain injuries.

After ‘medical miracle’ Good back on the ballot 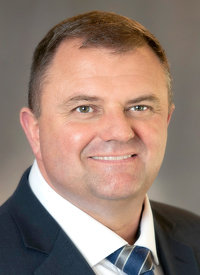 Two years ago, businessman Chris Good filed to run for the Legislature in Powell’s House District 25, but had to withdraw after his wife fell and suffered serious brain injuries.

The accident happened on June 3, 2020. The date is seared into Good’s memory. With the primary election only a little more than two months away at the time, his concern was 100 percent on the health of his wife Miria.

“We didn’t know the extent of injuries,” Good said. “I actually withdrew in July, and my name was already on the ballot.”

What followed as his wife recovered “was almost a miracle,” Good declared. “I really say it with the utmost humbleness. It’s almost like it didn’t happen.”

It has turned his attention back to a desire to serve the public “once I realized Miria wasn’t going to need full-time care.”

Good filed his petition this week to again become a candidate for the HD 25 seat in the Republican primary this August. He will oppose David Northrup, so far the only other HD 25 candidate. The filing period continues through May 27.

Good owns and operates Quality Propane in Powell and also has fireworks outlets in both Powell and Cody.

“The state is going through a pretty tremendous growth spurt,” he noted.

The resulting hikes in property valuations of farmland and residential land and the potential for sizable tax
increases “need legislative attention,” he said.

Abortion rights is another issue probably headed to state legislatures, he observed.

It’s just a leaked opinion in the U.S. Supreme Court now that Roe v. Wade may be overturned, but it’s something that legislators have to be prepared for in this election cycle, he said.