A tragedy that can happen to anyone

After climbing a winding staircase up to a narrow hallway in a rundown hostel, my friend Paulina and I knew it would be an interesting night. The New York City hostel didn’t have sheets or …

A tragedy that can happen to anyone 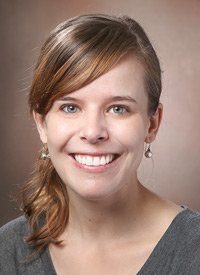 After climbing a winding staircase up to a narrow hallway in a rundown hostel, my friend Paulina and I knew it would be an interesting night. The New York City hostel didn’t have sheets or blankets on the bunk beds, so we used our coats and scarves. We shared the room with one other girl; she hardly spoke to us as we settled in, but she snored loudly that night.

I had a hard time falling asleep, not because of the meager accommodations or steady snoring, but because I worried about what would happen if there was a fire. We were on the eighth or ninth floor, and the nearest exit I knew of could only be accessed via a maze of hallways and steep stairways. If there was a fire escape outside the window, it wasn’t an option, because the windows were barred.

As a 20-year-old in a cheap hostel in a sketchy part of New York City, this is what kept me awake in the middle of the night: Fire escape plans.

I grew up with a heightened sense of fire safety awareness. One of my earliest memories is from an evening in October 1987, when my family returned home after shopping for Halloween costumes. We followed fire trucks and ambulances to our driveway and watched as flames engulfed our home in Billings, Montana.

We lost many sentimental belongings in the fire, including photographs, baby blankets, heirlooms and my mom’s wedding dress.

But we did not lose each other. Now that I am a mother, I look back on that night differently. We were so blessed that the fire started in the evening when we were out of the house. If it had occurred in the middle of the night, how would my parents have managed to get four young children out of a burning house?

Thankfully, we were safe that evening. Investigators later determined the fire had started near the hot tub on a patio outside my parents’ bedroom. The flames quickly spread into their room, then down the hallway toward the room I shared with my sister.

I often think about our family’s house fire around this time of year. Not only is October the anniversary of when our home burned, it’s also when National Fire Prevention Week is recognized. In the photographs of my brother’s fire-damaged room, you can see a little fireman’s helmet, which he’d received as a kindergartner during fire prevention activities at his school.

Fire prevention lessons feel familiar, and it’s easy for people to tune out when they’re reminded to check their smoke detectors or have a fire escape plan.

No one ever expects to lose their home in a fire. When we followed first responders to our house that night in October 1987, my dad initially thought the emergency vehicles were heading to another address — until they stopped in front of our home. My family’s story is one reason why you should pay attention: A house fire can happen to anyone.

It’s a lesson that has stayed with me, wherever I go.