A night at the museum

Park County residents spent a night at the museum Friday when the Buffalo Bill Center of the West held its second annual Summer Block Party.

A night at the museum 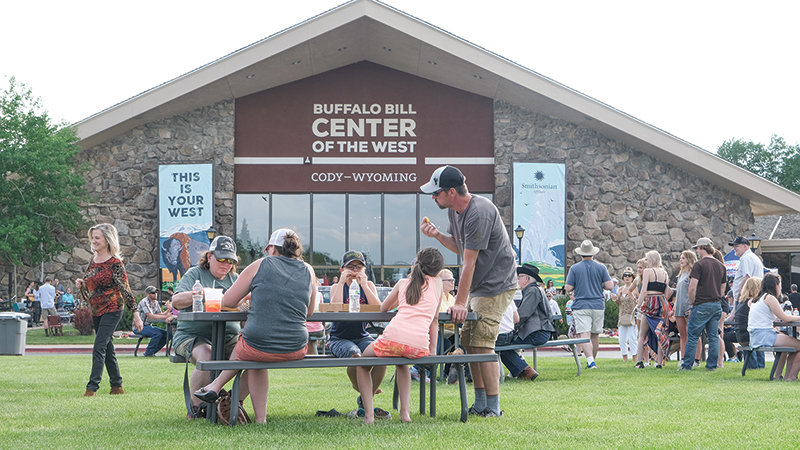 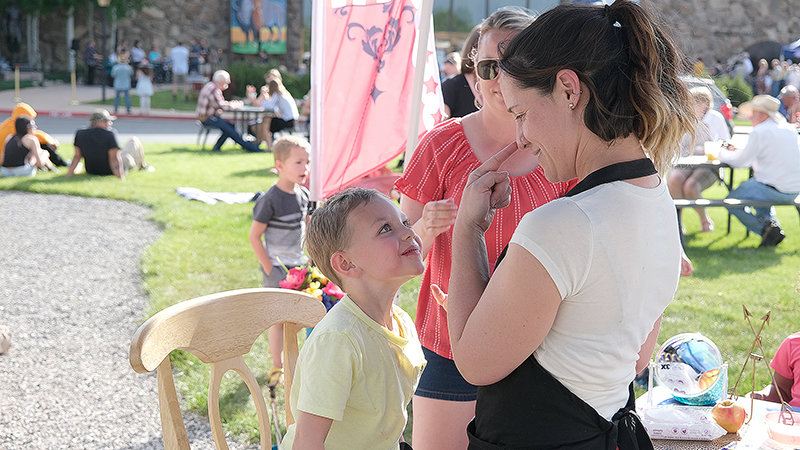 Kayden Mitchell (left) waits eagerly to have his face painted by Jess Smallwood at the Buffalo Bill Center of the West block party on Friday.
Tribune photo by Braden Schiller 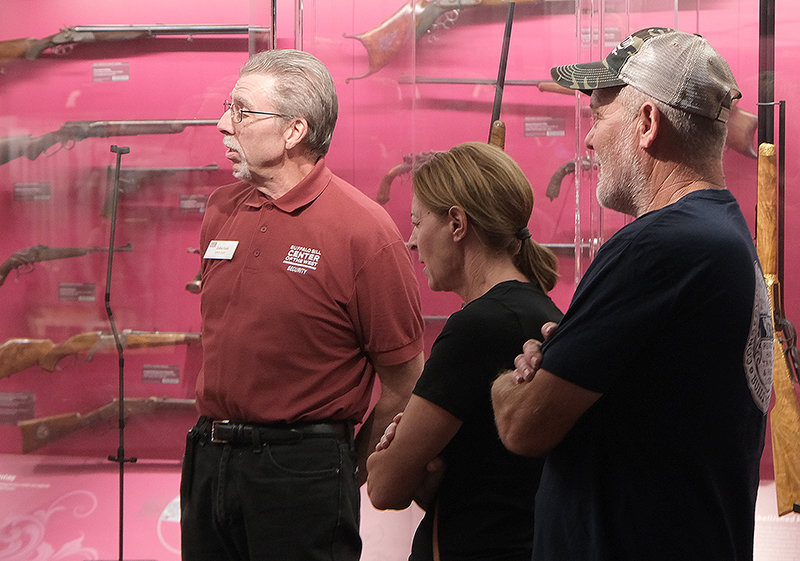 Park County residents spent a night at the museum Friday when the Buffalo Bill Center of the West held its second annual Summer Block Party.

The event featured eight food trucks, games for all ages and free access to the entire museum from 6-9 p.m. Family memberships could also be purchased for $100 instead of the regular price of $125. The event was sponsored by Wells Fargo.

“I’m very grateful to them, because they’re helping support it, which is something I don’t think we had last year,” said Ken Straniere, BBCOW marketing manager.

Straniere called the event a “final hurrah” to a busy week for the center. Not only was it museum week which has “7 days, 7 topics, 7 hashtags,” but  BBCOW created a Tik Tok account for the first time as part of the effort.

Curators roamed the premises throughout the night, an opportunity for the public to meet what Straniere calls “the rock stars of the museum.”

The Block Party also featured a free concert from Free Spirit SOUL, a nine-piece band  from Billings, Montana. The band is diverse and made up of a variety of age groups, says publicist Sharon Mulvelhil.

Free Spirit SOUL has played the event since its creation, making them a regular fixture of the growing tradition. Their saxophonist, Sam Woodis is a former Cowley resident and Northwest College alumni.

They were particularly looking forward to performing the event following flooding that has affected communities surrounding Yellowstone National Park, in hopes of providing a break from the disruption of travel plans and daily life for those in attendance.

The promise of good music, food and quality education drew in swarms of people from the county area and outside. Florida residents Jodi Rosen and her family were planning on visiting Yellowstone as part of her trip to visit all 50 states.

“As I was getting to the end of my chemo, my husband said let’s just do your bucket list,” Rosen said.

Despite the flood changing plans, Rosen and company were determined to see what more the area had to offer and decided to join the block party an hour after getting into the area.

Park County resident Harlow Church enjoyed the opportunity to see the museum again and looked intently through the Plains Indian Museum. While children sprinted the wings hoping to see as much as possible, an old style shooting gallery was a favorite of the night.