It’s the most wonderful time of the year. There will be upsets, cinderellas and buzzer-beaters — and it will be awesome. 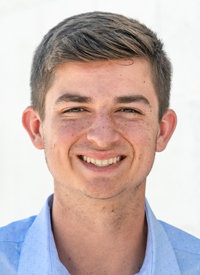 It’s the most wonderful time of the year. There will be upsets, cinderellas and buzzer-beaters — and it will be awesome.

The NCAA Tournament selection committee chose its 68 teams that will participate in the 2021 event Sunday. From No. 1 overall seed Gonzaga to No. 68 overall Appalachian State, every team in the field has a chance to come out on top of the “Big Dance.”

Now comes arguably the most enjoyable fan competition of the sports calendar — filling out a bracket.

No one has ever picked a perfect bracket, and the closest anyone has gotten is correctly picking the winners of the first 49 games (67 games total in the tournament). And with COVID-19 plaguing almost every team at some point in the season with game cancellations, teams weren’t able to play their full seasons. This makes the near-impossible task of choosing a respectable bracket even harder.

So here’s my best advice this year: Don’t take it too seriously.

In my years of filling out March Madness brackets, I’ve noticed that my most researched brackets do about as well as any “for fun” brackets I also fill out. Soon, I will have two degrees in sports, but it seems my friends and family who don’t pay attention to college basketball at all seem to do just as well as (or better than) I do every year.

And with the pandemic shortening seasons and possibly affecting teams in the tournament, it’s even more unpredictable — so don’t necessarily listen to the numbers and analytics when picking. You can watch all the ESPN bracketology specials you want, and your 5-year-old cousin who picks teams based on their mascot will still probably beat you.

Gonzaga has been incredible this season, not losing a game. And Baylor, Michigan, Illinois and Alabama are other strong picks to go far in the dance. Those are probably the best picks to win it all, but this is March, so expect the unexpected in this glorious month.

For games that are toss ups, I encourage you to find a creative way of deciding. Instead of using numbers and records, flip a coin. Or set out two treats for your dog, each representing one team, and pick whichever it eats first.

And if you have the time, make more than one! ESPN allows you to fill out up to 20 brackets, giving you freedom to pick them based on various factors.

In addition to a “serious” bracket with the expected outcomes, you can also fill out brackets based on uniforms, who you like better or which mascot you think would win in a fight. But this can also be demoralizing when one of these wacky brackets does better than your basketball-knowledge-based attempts. Just a fair warning.

In 2019 — the most recent NCAA Tournament — I placed last in my friends and family bracket pool, while my dog, Lucy, had the best bracket in the group (we flipped a coin for every game).

So what I’m saying is to have fun. In a year where COVID-19 has made college basketball unpredictable, filling out a respectable bracket won’t be easy.

Don’t worry if your bracket sucks — it happens to the best of us. Take the following with a grain of salt: